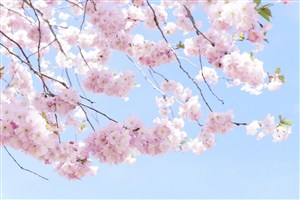 With Heart, Soul, and Mind:

There are Many New Voices Among Us...

Are We Ready to Make Room and Listen?

"See, I am doing a new thing! Now it springs up; do you not perceive it?'"

Are you awake to the signs of life...to the "new things"...blooming around you? Do you not perceive them?

I heard people say that what they witnessed embodied the kind of church they have longed to be a part of, while others said there were several youth in attendance who discovered a deeper sense of call while they were in Boise.

I even had one pastor tell me that he was so enthused by what he experienced that he only wished he was 40 years old rather than being in the twilight of his career, so that he could participate for a longer time in helping us become the kind of church he witnessed in Boise.

Clearly, the spirit was alive and moving among us. But what was really going on? What happened in Boise that made such a difference?

Maybe it had to do with the vision of a vital church committed to innovation, multiplication, and inclusion that Bill Gibson, Leroy Barber, Kristina Gonzalez, and Shalom Agtarap shared with us, as they explained  their roles on the newly formed Greater NW Area Innovation Vitality Team.

It most definitely happened during the ceremony that marked the return of a small portion of land from our Wallowa Lake Camp to the Nez Perce Tribe. But it became even more pronounced when Duane Medicine Crow, from our Committee on Native American Ministry (CONAM), shared his personal apology to the Nez Perce tribal leaders. He wanted them to know of his regret for the Crow Tribe's lack of hospitality and support for Chief Joseph and the Nez Perce in 1877, as they tried to flee to Canada while being chased down by US troops seeking their capture. During this time, Duane and the Nez Perce leaders taught us all about what repentance, forgiveness, and true giving really looks like.

Could it have been the witness of Ralph and Audrey Lawrence, who received the Harry Denman Evangelism Award, that moved us to a new place...as they were honored for more than 60 years of service to the church....while Ralph still serves as the pastor of a local congregation and Audrey continues to do hospital visitation?

Or was it the significant community witness that was on display from the small, rural churches of Arlington and Wasco, that received the Discipleship Resources One Matters Award?

Maybe it was in the power of the public #MeToo presence, which poignantly gave voice to the deep pain and hurt that happens to people as the result of sexual abuse, assault, and harassment, which touched our hearts.

I think it clearly happened when Eilidh Lowery and KarenHernandez led our final communion service in English and Spanish, when Isabelle Light called for those who were interested to gather and develop a plan to respond to the family separation practice being directed toward immigrants and affecting some 2000 children, and in the personal stories people posted on the #MeToo Wailing Wall as a way of saying "no more." And...the spirit embodied in these "new things" was also on display outside the conference walls as nearly one hundred United Methodists marched in the Pride Parade through the streets of Boise.

Whatever the "new things" represented for you...there is no question that there was much to take in, learn from, and savor during our time together in Boise. In fact, it is the energy we receive from these "new things," that helps sustain us in our effort to transform the world in which we live.

One final observation...and this is crucial, because there is so much work still to be done among us. When I headed to Annual Conference, I was greeted with a banner headline in USA Today that read: Churches Struggle with How to Confront Racism.

It was a disturbing article that reminded me of the deep-seeded problems that still exist within the church on so many fronts. We have a lot of work to do if we are to become God's "beloved community."

In the USA Today article, it said that "nine in ten Christian churches nationally are predominantly of one race group," and that "two-thirds of American churchgoers agreed with the statement that 'our church is doing enough to be ethnically diverse.'" No wonder Dr. Martin Luther King, Jr. once said that "it is appalling that the most segregated hour of Christian America is eleven o'clock on Sunday morning."

Clearly, it will take time, effort, listening...and the work of the Spirit for us to hear the new, diverse voices crying our in our midst....and calling us to see and understand new realities.

So here's the question: How are you making room for something new to happen? And...do you perceive the "new things" that God is up to in the world? The future depends on it! In fact, so does the present....