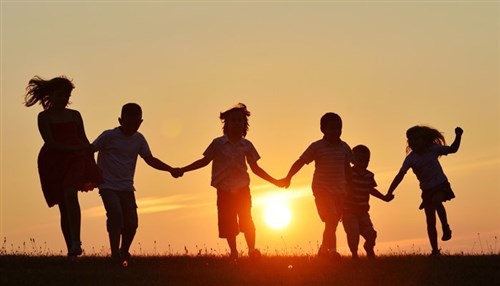 The definition of family, according to Merriam-Webster: the basic unit in society traditionally consisting of two parents rearing their children. Also, any of various social units differing from but regarded as equivalent to the traditional family.

I was struck by the need to clarify what is a family after listening and reading about a story regarding a gay couple who have been denied a US visa for their baby who was born through a British surrogate. The story caught my eye because I have a daughter who was born to my former wife and I while we lived in London, England. It was a fantastic experience, and the National Health Service (NHS) were the best in bringing our infant into the world. And we had no problem whatsoever getting her paper work done and getting a US passport, bringing her home about a month or so after she was born. After all, she was our daughter! Part of our family! (See Zoe Drewett, Metro News, July 25, 2019).

That’s why this story stuck out to me. Derek Mize and Jonathan Gregg, who married in the US in 2015, because parents to their daughter Simone in England in July 2018. Both men are US citizens, and both are listed as her parents on the birth certificate. Simone was born to a British surrogate using a donor egg and Jonathan’s sperm.

But since all three got back to the US, Simone’s passport application was denied.  It was denied because one of the couple has a biological connection to their daughter, not both, in which the US State Department is treating Simone as if she were born outside of marriage, triggering additional conditions for the recognition of her citizenship.

A child born abroad to married US citizens is automatically a US citizen as long as one parent has lived in the US. That is the condition upon which we both got a passport for our baby daughter and brought her home.

However, now the US State Department is saying that Jonathan should’ve been living on US soil for five years prior to applying for and having citizenship rights transmitted to his child. How that rule of five years would’ve changed anything under the sun, beats me.

When the couple went to the US Embassy in London to get their baby daughter a passport, in order to get her a social security number, many questions were raised by the staff, including asking how Simone was conceived and who the biological parent was. No one ever asked my former wife and I those questions.

Why am I bringing this issue up on this blog, connected with my position within the OR-ID UMC Conference? Well, churches love families of all shapes and sizes and varieties of ways of being family. And because this is a real issue of justice on so many fronts. For example, this family—and it is a family, according to Merriam-Webster’s definition—could use the support a church group in pressing their case with the US State Department, and later Social Security Administration. In order for the couple to claim Simone as a dependent, she needs a Social Security number.

Second, there is great fear that the federal government in Washington, DC, is part of the backlash movement, in which some people in the federal government, along with state government and county government, are going to press the case for taking away some of the rights and privileges we receive as LGBTQ+ couples, even though marriage is now defined, broadly as a contract between two adults, and no longer between a man and a woman.

My hope is that as the matters facing the United Methodist Church settles the issues concerning those of us who are LGBTQ+ regarding our place and presence in the life of the greater church, that the focus will be on the lives of LGBTQ+, our children, our grandchildren, and other families in the world who are facing daily injustices. And let our efforts begin with Jonathan, Derek, and Simone!