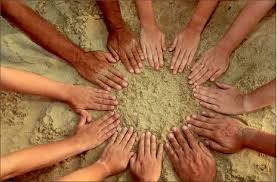 Called to Love One Another: A Video Documentary Project

“Called to Love One Another” is a video documentary project that collects the stories of three congregations and pastors who have been on a faithful pilgrimage of movement towards being an open, affirming, and reconciling congregation, along with the story of three LGBTQ+ United Methodist Church members, whose pilgrimage is a movement from the closet to being open and a members of a local United Methodist Church. In both movements—the congregations that become welcoming and reconciling and the LGBTQI+ people of faith who continue to be members of a United Methodist Church—there is a commitment to live out Jesus call to us: to love one another, LGBTQ+ and straight people alike, in communities of faith with one another.

This video documentary project is built upon John 13:34-35, in which Jesus gives the disciples a new commandment: “that you love one another. Just as I have loved you, you also should love one another. By this everyone will know you are my disciples, if you have love for one another.”  For the past ten years, the Rev. Bonnie and Rev. Jim Parr Philipson conducted workshops in the Oregon-Idaho Annual Conference of the UMC, “Called to Love,” working with individual UMC congregations to be welcoming of LGBTQ+ people. Many congregations made great strides in being open, affirming, and reconciling with these workshops.

“Called to Love One Another” video-documentary goes the next step: we hope to capture and combine both the stories of how some congregations moved from being closed off from welcoming LGBTQI+ people, to being open, welcome, reconciling, and loving of LGBTQI+ people. We will pair those congregational stories with the storied lives of those LGBTQI+ people of faith who were once in the closet, came out of the closet, and connected or re-connected not only with their individual families, but with a UMC congregation, where the individual LGBTQI+ person felt most “at home” and loved. In sum: these stories capture Jesus’ commandment to “love one another.”

This 45-minute video documentary is in its planning stages and is made possible by the Collins Foundation. United Methodist Church member Scott Hossner of Allied Video Productions (Salem, OR) and I are working with three pastors and congregational members from a rural, urban, and suburban United Methodist Churches in the OR-ID Annual Conference, along with three queer United Methodist Church members as the storytellers in this production. The purpose of this video-documentary is as teaching tool in my work as a “church coach.” I will bring a disk of the video documentary “Called to Love One Another,” with me as a “starting point” in doing workshops with UMC congregations that are asking about the process by which they, too, can be a congregation that embodies Jesus’ call to love one another. A study-guide will also be produced. I will also share it with LGBTQI+ groups who are interested in the intersection of our lives and communities of faith.  I am often asked by LGBTQI+ groups for resources about faith communities, and this new resource will be one that will hopefully be relevant and helpful for those in the greater Pacific Northwest.

In the end, hopefully this video-documentary will be a teaching tool that will provide a storied-road map that will assist other UMC congregations and LGBTQI+ people in their pilgrimage of faith as we learn to live and love together, as God in Christ first loved and loves us today.