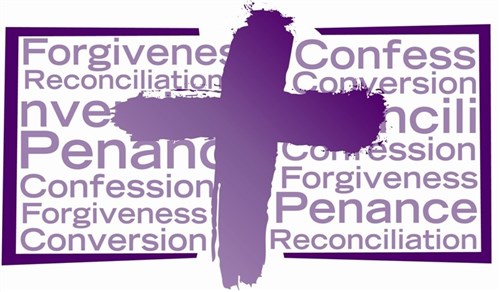 In the past month, Gov. Gavin Newsom of California made history in posthumously pardoning black, gay, civil rights pioneer Bayard Rustin—the right-hand man and aid to Martin Luther King, Jr.—for past criminal offense of being jailed for “lewd behavior,” and arrested for “having consensual sex with men” in 1953 in Pasadena, CA.  Gov. Newsom then offered others pardons if they were arrested for consensual sex as LGBTQ+ individuals up to and throughout the 1950s and 1960s, recognizing that the state did something wrong.

As I read about this move by Gov. Newsom, I thought about the Church universal, and the kind of actions that need or will be needed to take place as more and more denominations move forward in welcoming and affirming LGBTQ+ people. Because of my role and function as the LGBTQ+ Advocacy Coordinator, I am aware of the lives of those who are LGBTQ+ who are clergy, lay leaders, lay members, guests of the United Methodist Church (hidden or out),  that continue to be discussed and talked about, pointed to, treated as objects (e.g., I-It vs. I-Thou) who either unify the church or cause division within the church. As other minorities can relate to in many communities of faith—in which the majority of people are white, cisgender, straight, and able-bodied—there is a point in which we simply get tired of being talked about, made the scape goat for the dysfunction of the church, and a “wedge” issue in the politics of the church, to name a few offenses. In the meantime, we are denied the full rights and privileges of being part of a community of faith because one is LGBTQ+, treated as second class citizen, with charges and complaints, or pending charges or complaints, being lodged against us because of who we are as part of God’s good creation.

My focus in this blog is confession that will need to come with time in the UMC. In order for there to be forgiveness and moving forward as a denomination, there needs to be confession, an enunciation of past sins, trials, and tribulations of the church towards LGBTQ+ people. As a Presbyterian Church (USA) clergyperson, I come out of a tradition that focuses on multiple confessions and creeds to mark our place and time in the flow of history, usually focused on current issues that need to be addressed, or past actions in which truth and reconciliation is the call-of-the-day. In the PCUSA, our worship normally begins with a call to confession and assurance of pardon, so that we may rightly hear, receive, and be aware of the presence of the Holy with and among us.

At the 2018 General Assembly in the PCUSA, we began the process of confession as a denomination for the past actions of previous General Assemblies (our General Conferences), in which LGBTQ+ faced charges, being defrocked, censured, and the like, as well as honoring those pioneers who stayed within the denomination and worked until we, who are LGBTQ+, would be finally welcomed, as siblings in Christ, with one another.

Here’s what was approved, unanimously, by the 2018 General Assembly:

Overture 11-04, On Clarifying the Position of the PC(USA) Regarding Appropriate
Boundaries of Religious Liberty.

Overture 11-12, On Affirming and Celebrating the Full Dignity and Humanity of People of All Gender Identities.

Overture 11-13, On Celebrating the Gifts of People of Diverse Sexual Orientations and Gender Identities in the Life of the Church: Apologizes for the church’s previous unwelcoming stance on LGBTQ parishioners, celebrates LGBTQ church pioneers, and states the church will welcome, lift up, and fight for the human rights of all people created in the eyes of God.

It was Overture 11-13 that brought tears to my eyes when I first heard about it coming before the General Assembly, and then voted through the Committee, and then unanimously approved by the General Assembly. For the first time, I heard the denomination, as a whole, apologize, say “We are sorry,” for past atrocities in the ways the church treated LGBTQ+ people. Then the denomination turned around and honored and celebrated LGBTQ+ people who were once made scape goats (many of them my friends and colleagues in ministry), and recognizing that, in the future, the struggle for justice and love continues onward. In the end, love wins.

This is my hope for the UMC, once some have exited and others remain, and nothing stays the same: that there will be a period of confession and forgiveness in the denomination as a whole. As the various Truth and Reconciliation processes have shown us in South Africa and Greensboro, NC, such time of truth telling or confessing and signs of forgiveness are necessary—psychologically, theologically, and sociologically—in order for there to be healing and wholeness in the church. My prayers, as people prepare for General Conference, is for the  time of confession and healing in the days following whatever decision is made in May 2020 with those of us who are LGBTQ+ and our non-LGBTQ+ allies, families, and friends who have stayed within the UMC through thick and thin.