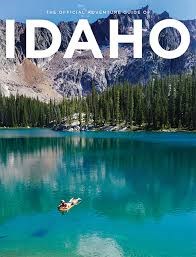 One of the ways those of us who are LGBTQI+ try to understand what is going on in our lives, especially those of us who lived or are living in closets, is by watching, listening, sensing, feeling the life of those who are portraying LGBTQI+ people in the arts: film, movies, music events, plays, dance, musicals, and visual arts, to name a few, popular mediums.

Among these artistic expressions, film has always been, for me, a social gauge as to where we are as a society in welcoming, accepting, understanding, or relating to LGBTQI+ people as a largely cisgender society. And one of those films that was a break-through for seeing what it means to be gay in the Pacific Northwest was Gus Van Sant’s My Own Private Idaho. On the movie app, “Rotten Tomatoes,” the film is described as a “loose adaptation of Shakespeare’s ‘Henry IV.’ Mike Waters (River Phoenix) is a gay hustler with narcolepsy. Scott Favor (Keanu Reeves) is the rebellious son of a mayor. Together the two travel from Portland, Oregon to Idaho and finally to the coast of Italy in a quest to find Mike’s estranged mother. Along the way they turn tricks for money and drugs, eventually attracting the attention of a wealthy benefactor and sexual deviant.” For movie fans, it was a fascinating film on gay young men. In the film world, it was the launching of queer cinema by independent filmmakers in the 1990s and is a cult favorite. The role that “Idaho” played in this movie was captured in the scenes where there was the wide open, empty, desolate roads, which was a metaphor for the sense of desolation in the lives of the young hustlers. But it was on the roads that the young Mike Waters would dream of being held by his mom again.

In the past few weeks, the metaphor of Idaho’s wide-open roads, which are sometimes desolate, empty, is playing out a different way in the past few weeks. While the arts are one way of LGBTQI+ people to figure out what is going on in the world, another way for getting a sense of what is going around us is in the politics of the day. The gay radio personality and writer Michelangelo Signorile wrote It’s Not Over: Getting Beyond Tolerance, Defeating Homophobia, and Winning True Equality, (Mariner Books, 2016), discussing the many ways there would be a strong backlash against LGBTQI+ people after the heady early 2000s, when those of us who are LGBTQI+ were finally able to marry the one we love, but we also were guaranteed more rights in terms of housing, some protections here and there in the job market, along with health care possibilities. In some ways, the Idaho state legislative body, the House, is leading the charge against LGBTQI+ people, especially people who are transgender. Idaho Republicans are showing us what backlash looks, sounds, and is all about.

Along with the clergy and church members in Idaho who are protesting these bills from both the United Methodist Church and Presbyterian Church (USA), and their posting on Facebook and Instagram, along with articles in the Idaho Statesman, I’ve tried to follow the abusive actions being taken against people who are transgender. For example:

On Feb. 26, 2020, it was reported by Cynthia Sewell that the Republican-dominated House overwhelmingly passed a “bill banning transgender females from competing in girls and women’s sports,” even though there is a good chance that the bill will be found to be unconstitutional. The House passed it 52-17. This bill would apply to all sports teams sponsored by public schools, colleges, and universities.

On Feb. 26, 2020, Cynthia Sewell also reported that a bill banning gender assignment medical treatment was held up by a committee chair, killing the bill.

On Feb. 27, 2020, Cynthia Sewell reported on the legislation making it “illegal for transgender people to change gender markers on their Idaho birth certificates.” This legislation passed the House by 53-16.

If you live in Idaho, be sure to write against and protest these bills daily. And let those of us who are out of state know what we can do to support the fight for decency, let alone humanhood, for those who are transgender.  And among those of us who are lesbian, gay, bisexual, queer, intersex, pansexual, and asexual: just know that we, too, are going to find legislation filed against our lives and livelihoods. This is the time to know justice, and know peace, for without justice, there is no peace.

And may the desolate roads of Idaho become a pathway for all who are seeking equity, hope, and love.