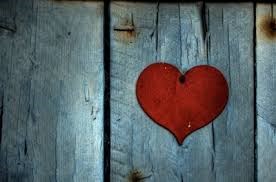 They’ll Know We Are Christians By Our Love

One of my favorite storytellers is the Seattle-based sex-columnist Dan Savage, with his Savage Lovecolumn that appears in various free weekly publications, like the Portland Mercury. In an interview on the website salon.com, Amanda Marcotte talked with Dan Savage about the power of stories in an article, "Dan Savage Knows a Great Sex Story When He Hears It."  Savage told her that “people like to hear other people’s stories. Particularly other people’s stories about sex and romance and relationships and disasters or successes. Those are particularly entertaining. Desire, heartbreak, heartache, a loss: There are all experiences that we share. Under whatever makes us different, gender or sexual orientation or tastes or interests, all that stuff is the frosting on a much thicker cake. What makes us different is minor and what unites us is major.

We like to share these stories because we all feel a bit helpless and out of control when it comes to sex and desire and lust in relationships… We’re helpless, often, in the face of the independent actors that are other human beings, who may betray us or who we might betray.  We all feel so vulnerable when sharing these stories. It’s not just important for the storyteller. It’s important for the listener to hear that other people are often just as hurt, just as vulnerable, just as nervous, just as lustful as you are. You really aren’t in this alone.”

Currently, Savage is also working with a podcast, which is kind of a stand-up show, in which people tell their stories. And some of the stories deal with sex: “People get up in front of a mic and tell their stories and be just as honest and just as vulgar at times, and just as scolding or self-lacerating or other lacerating as we are when we share our stories."

Last week, the next “phase” of the film/video project, “Called to Love One Another," and people came and shared their stories. The video is based on John 13:33-34, in which Jesus tells his disciples about love, giving us, his disciples, a new commandment, to love one another. Just as Jesus loved us, we should love one another. By this, people will know we are Jesus’ disciples, if we love one another. The aim of the video project is to explore how United Methodist Church congregations have learned and discerned the way forward in loving LGBTQ+ people, and how LGBTQ+ people have learned to love themselves, and continue to love the Church, so much so that they are still members of a United Methodist Church congregation when the UMC has made it as hard as possible to be a member and be an out-LGBTQ+ person.

I invited three pastors from a rural, urban, and suburban church setting, to come and tells stories about being pastor of a UMC congregation that moved from being unsure about how to welcome and invite LGBTQ+ people, to being open, welcoming, and in some cases, Reconciling. And I invited a gay man, a lesbian woman, and a person who is transgender—all three members of a UMC congregation—to come tell their stories of being hidden or in the proverbial gay closet, to discerning a way forward, and then out, to themselves and their families and congregations.

For two days, with COVID 19 precautions firmly in place, we filmed their stories at First United Methodist Church, Portland. Each interview took around 45 minutes to an hour. For each interview, we had to move the cameras and lights to a new location, so that the setting was never the same. And I had to change clothes between each interview. These almost-six hours of interviews will be edited into a 20 minute film that I can use in my work with congregations in Oregon and southern Idaho as I work with congregations and groups who are somewhere on the spectrum between not open per se, to discerning, to accepting and welcoming of LGBTQ+ people. Same with LGBTQ+ groups: there are many who are still hidden or “quiet queers” in the UMC, some who are discerning a way forward. Then there are those who are out and proud, and still UMC.

What was incredibly powerful were the stories. They exceeded my expectations. People were authentic, transparent, humorous insightful, and filled with love. Their stories resonated deeply with my story as both pastor who has worked with congregations who are struggling to figure out how to welcome and accept LGBTQ+ members, and as an out gay minister who had charges pending against him for being out as an ordained clergyperson in the Presbyterian Church (USA).

And not one story was like any other. Clearly there is not one approach to welcoming and accepting LGBTQ+ people, and there is more than one way of being out and no longer hidden or quiet as an LGBTQ+ person. I laughed, wept, sat in stunned silence, and was moved by each story. My faithful witness of the movement of the Spirit being alive in the UMC, regardless of international politics, was reaffirmed time and again. The Spirit is alive in these lives.

For example, one pastor intentionally created sacred space for her congregation, in which people entered a “no-judgement zone” and all were welcomed to struggle with the issue. Another pastor was taken away from the church because of an illness in his family, and a group in the church moved in and moved the issue of becoming a Reconciling congregation forward. Finally, a third church invited to her church a mother and her female-to-male transgender son, who had recently written a book about their experiences together, and this helped the congregation to open up and accept LGBTQ+ members.

Among those who are LGBTQ+, again, no one story was like any other. For one person, realizing that she was queer, and living in that truth, took her through trying on different heteronormative rituals, like marriage, before she discovered who she is, and is living in that reality. For another person, the person who affirmed him and whose acceptance of who he was made it safe to come out, was his father. Finally, a person who is transitioning from male-to-female transgender has the joy of raising a child with her spouse, who is transitioning from female-to-male, simultaneously.

In the end, I believe Savage was correct: all who have been in on this projected enjoyed hearing the stories of sex and romance and relationships and disasters or successes. “Desire, heartbreak, heartache, a loss: There are all experiences that we share. Under whatever makes us different, gender or sexual orientation or tastes or interests, all that stuff is the frosting on a much thicker cake. What makes us different is minor and what unites us is major.” And what united everyone in this film/video project is love. Each person struggled to love one’s self as God in Christ first and always loves us. And each person struggled and found some hope in learning to love others in UMC congregations who are moving forward in loving LGBTQ+ people and others. In the end, each person and church reflects the love of Christ. And as the old camp song goes, they’ll know we are Christians by our love.