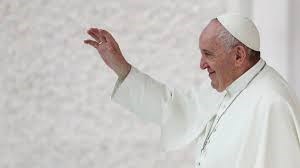 This is not the blog I was going to post this week. But one thing that I’ve learned in writing newspaper columns and personal essays is to go with the flow of the news when big events happen. The other blog that I was working on will be great next week as well.

The big news yesterday, October 21, 2020, happens to be Pope Francis making a pastoral move in the movie, “Francesco,” in which he says, on camera, that “homosexuals have a right to be part of the family.” Pope Francis suggested the need for a “civil union law,” allowing same sex couples to be in a legally binding civil union and be legally covered (reported by Claire Giangrave of Religionnews.com).

This is not new for the man known as Pope Francis. As archbishop in Argentina, Francis supported civil unions among LGBTQIA+ couples to ensure legal protection while not challenging Catholic teaching. Marriage, in the Catholic Church, a sacrament. Civil union takes place and is controlled by the state. This is important (emphasis mine): there is a difference between church doctrine and pastoral ministry. The doctrine has not changed in how the Catholic church sees LGBTQIA+ people, only the pastoral ministry has changed. LGBTQIA+ people, or “homosexuals,” and “homosexual acts” (sex) are still considered “intrinsically immoral and contrary to the natural law,” and names “homosexual tendencies” as “objectively disordered.” This is, largely, because all marital relationships are, in the Catholic church, for the purpose of pro-creation.

That’s what makes this statement by Pope Francis that much more interesting and meaningful. On the one hand, it makes sense, given his history with LGBTQIA+ people. We know that some of his best friends in Argentina are gay. As one of his gay friends in Argentina said of the then-Bishop Bergoglio, “God made gay people and God loves you, the church loves you, the pope loves you. So many gay people have called me in tears once this phrase was shared" (reported by Claire Giangrave).

The Pope has also shown a certain care for transgender people as a priest, Archbishop, and Pope. And, as cited above, he wants to protect those of us who are LGBTQIA+ from any harm, including emotional, physical, or political abuse, or imprisonment and possibly death in some countries where the Catholic church has some power because of the sheer number of Catholics in certain countries, especially in South America and the African continents.

And Pope Francis knows that we are in a political season in the United States. And which political party is open to and affirming of LGBTQIA+ in their platforms and in terms of LGBTQIA+ politicians? Having the imprimatur of Pope Francis in terms of our lives, let alone approving of our significant relationships, is a good.

On the other hand, the way things work within the Catholic church often is that some act or gesture or statement is considered a “pastoral” point, affirming a new move by the church in the wider society. Once it is considered part of “pastoral ministry,” it then might or could become part of the doctrine of the Roman Catholic church. For the time being, this is a waiting game.

So, what does Pope Francis’ statement mean for The United Methodist Church (UMC) in particular, and the Church (universal) in general?

First, incrementalism, or one-small-significant-or-seemingly-insignificant-step-at-a-time is a way forward. In politics—secular/the state or in the Church—much change has happened over a span of time, and not with one big event. What Pope Francis did was a small step towards equality in the Church. So, too, for The UMC, simply taking out the harmful and hurtful language in the Book of Discipline pertaining to “homosexuals” is the first step forward.

Second, persistence matters. Pope Francis is persistent in his support of LGBTQIA+ people. And while incrementalism works, as long as it is going forward, there has to be a social movement always going forward. What I appreciate about Reconciling Ministry Network in their work with the UMC is their seemingly tireless persistence in making change in The UMC.

Third, shoot for the moon, and be thankful for at least getting to the backyard fence (incrementalism), but keeping the moon in full view (long term goal and aim). I think I know what Pope Francis would like to happen in the Catholic church, and he is laying groundwork for the doctrinal changes. Beyond taking out the harmful, hurtful language from the Book of Discipline, hopefully The UMC, like all the other Protestant denominational/mainline churches, are making room for more changes in their constitutions. For example, in the PCUSA, a group of us are working on language in our constitution that would make it impossible for a church nominating committee to discriminate against us in the called/installed process. There is much work to be done in The UMC once certain parts of the Book of Discipline are addressed.

Congrats to our Catholic LGBTQIA+ friends and colleagues who have one heck of a Pope who truly cares for them and is trying to make a change for the better. The push back is going to be (already is) fierce and harsh from the conservative parts and corners of the Catholic church. But the foundation for change in the Catholic church is now in place, in which LGBTQIA+ are part of the family of the Catholic church in many ways. With time, the doctrine will change, too. Right after the ordination of women deacons and priests. First things, first.

And may all churches be that kind of loving, supportive, and gracious household of faith that welcomes LGBTQIA+ people as equals, including The UMC.