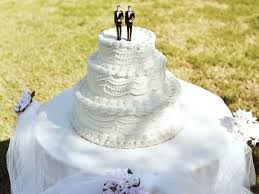 The below post started to spring up all over my Facebook, Instagram, and Twitter accounts in the last few weeks. I lost count of how many times this message, or something like it, sprung up, with pastors, ministers, rabbis, and priests from all denominations and religions, including some retired bishops of both The United Methodist Church and Episcopal Church, some who never “showed their hand” about where they stood on marriage equality before, offering officiating services for our same sex weddings. Most were non-LGBTQIA+ allies.

“If you are an LGBTQIA+ couple in the area with fears about losing your rights under this Supreme Court, I will happily officiate your wedding ASAP. And if you’re elsewhere and need to find an affirming celebrant, I’m happy to help you find one. If your fears for your family’s future have you feeling alone, please know that my newsfeed is full of clergy friends around the country posting similar messages. You are seen and you are loved. (Also please note, this post is not a place to debate the validity of anyone’s love. Any comments of that variety will be deleted immediately.).”

What prompted this sudden rush of offerings, and rush of weddings?

In a two-week period of time, Associate Justices Alito and Thomas of the Supreme Court of the US (SCOTUS), said that they would like to re-visit the case that made marriage equality legal in the US over five years ago. The rushed nomination and vote on Ms. Amy Coney Barrett as an Associate Justice also occurred. It was revealed that she was on the board of a private school in which no LGBTQIA+ people were hired as teachers, nor were children of LGBTQIA+ parents allowed admittance into the school. So, yes, we now know where Associate Justice Amy Coney Barrett probably stands on the issue of LGBTQIA+ rights, including same sex marriage. She is most likely against them. She is most likely against us.

On a positive note, while Associate Justices Alito and Thomas’ comments were sad to hear but not new, and I took note of their opinions, I was also aware that none of the other Justices participated in voicing an opinion when they could have. They were silent.

One of the first cases that the new Justice will hear on November 4, 2020 (tomorrow) is a case coming from Philadelphia, Fulton vs. City of Philadelphia. In sum, the case has to do with religious freedom, namely of Catholic Social Services, and foster home placement of children in homes of LGBTQIA+ individuals and couples in Philadelphia. Amy Howe of SCOTUS.blog reports the following about the case: “The question of how to balance sincere religious beliefs against the government’s interest in protecting LGBTQ rights is one with which the justices have struggled. In 2018, the justices confronted this question in the case of a Colorado baker who refused to create a custom cake for a same-sex couple because he believed that doing so would violate his religious beliefs. The justices ultimately issued a narrow ruling for the baker, holding that the state administrative agency that had ruled against him had treated him unfairly by being too hostile to his religious beliefs. The justices did not decide, however, whether requiring the baker to bake a cake for a same-sex couple would violate his right to freedom of speech under the First Amendment.”

And that’s why so many friends, colleagues, associates, and strangers alike started to become like comic book and cartoon figure “Lil’ Abner’s” “Marryin’ Sam,” a traveling (by mule) preacher who specializes in “$2 weddings.” No need for marriage or couple’s counseling for months on end. No wedding coordinator or venue expenses or photographer or baker or flower arranger or chef or guest list needs to be worked out. Phew! And the cost? Free! Or $2.

Again, this line killed me: “I will happily officiate your wedding ASAP.” Really?

By the way: one of the little dirty secrets of the rush of same sex marriages that took place after the previous SCOTUS decision and rush of same-sex marriages was the rise of divorces that kept many lawyers busy and well paid.

While I keep one eye on the SCOTUS via SCOTUS.blog (I should’ve become a lawyer) and LGBTQIA+ rights, rights of people with disabilities, women’s reproductive rights, health care, workers’ rights, the rights of indigenous people, and environmental laws, I also keep an eye out for what is going on legislatively.

The Equality Act of 2019, which passed the US House of Representatives on May 17, 2019, would provide much protection for the rights of LGBTQIA+ people. In many cases, we have waited and depended upon SCOTUS to legislate our rights, like to marry, while there are no laws, per se, that protect those of us who are LGBTQIA+ in terms of marriage, adoption, foster home placements, housing, healthcare, employment, and retirement benefits, to name a few area of concern.

After this Equality Act passed the US House, it went nowhere in the US Senate.

When will it pass? Most likely after there is a different President, a different majority in the US Senate, and the US House re-introduces the bill.

While I appreciate the rush of colleagues to do our same sex marriages, and while many of us in the LGBTQIA+ community have depended upon the make-up of SCOTUS for rights that determine our pilgrimage of life, the focus now needs to be on the legislative and executive branches of government, in which there are a set of laws waiting to be passed, and enacted on, that will brighten the future of those of us who are in the LGBTQIA+ community.

What does all this have to do with the Church, especially The United Methodist Church? Besides the fact that many of those who were offering their services in officiating my wedding, for free (!), the first order of business is dealing with taking out hurtful language, e.g., “homosexuality is incompatible with Christian teaching,” and unnecessary restrictions in The Book of Discipline regarding who can or cannot be ordained, and same sex weddings, and funding of UMC base LGBTQIA+ programs. The second order is to please focus on the state and federal legislative agenda before us as a community and country, along with keeping an eye on  SCOTUS and rulings on existing laws. The late-Associate Justice Ruth Bader Ginsburg’s place in American history was not only made secure as a part of SCOTUS but her earlier work as a supreme litigator.

Thanks for rushed offering to be the officiant at the wedding of Christian and Brett, for free! Super deal, folks! But first things first: let’s change the laws of the land, and the surrounding culture that produces them.