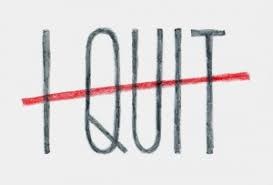 In an article this week on religionnews.com website, “Study finds that queer Christians quit the church twice as much as others,” Kathryn Post writes of a study by Brandi Woodell (sociology professor at Old Dominion University) and Philip Schwadel (social profession, Univ. of Nebraska-Lincoln), published in the Journal for the Scientific Study of Religion that reports that “same-sex attraction, behavior, and queer identity is strongly associated with a decision to step away from organized religion, attend church less frequently, or stop going altogether.” In other words, LGBTQIA+ people were twice as likely to disassociate themselves from religion, especially Christianity. They looked especially at lesbian, gay, and bisexual emerging adults, ages 11-34, without enough data on other sexual minorities to include them in the analysis. And the overwhelming majority of those in the study’s sample were Christian.

When I first read this article, I was nodding my head throughout, having seen, heard, and felt, first-hand, the withdrawing of LGBTQIA+ friends and non-LGBTQIA+ allies who simply said, “enough is enough.”

Many LGBTQIA+ people have quit church.

On the one hand, there are LGBTQIA+ people in The United Methodist Church (UMC), as well as in the Presbyterian Church (USA) (PCUSA), United Church of Christ (UCC), Evangelical Church of America (ELCA), the Episcopal Church, Moravian Church, Disciples of Christ, and the Roman Catholic church—to name a few—who have stayed in the denomination, stayed in for the struggle; being a modern day “resistance force” and working within the institutional structures, bureaucracies, and church law, striving for change. I am one of those who stayed and stays in the church, believing we can bring change from within the institution. I must admit that 47 years is a long time to "fight the good fight." And there are those LGBTQIA+ people who are people of faith who believe they can bring about change from outside the institutional church, and we need those voices and witness as well.

On the other hand, there are even more people who said, “enough is enough” and simply left. They quit. And it is a large group of people who were raised in our Sunday school programs, went to worship, and participated in our camp and retreat programs summer after summer. They are gone and won't be back. The Rev. Emmy Kegler of the ELCA said “There’s still a significant understanding in Christian culture overall that being a member of the LGBTQ+ community is incompatible with the Christian faith," which echoes the UMC Book of Discipline.

Kurtis Zolman left a Nazarene Church in rural Michigan that had rules that compared to those in the movie/musical “Footloose,” with no dancing, no drinking. In ninth grade he told his parents he was gay, and he was sent to a conversion camp, where he was told that he’d go “to hell if he didn’t conform.”

Woodell and Schwadel note that if an LGB person drops out of church, they don’t always lose their spirituality altogether. Zolman said, “I think a common motif with gay people brought up in the church is that we don’t hate Jesus, but we hate the institution the church has become.”  The authors of the study noted that while faith in Jesus was strong, for many in the LGBTQIA+ community, the structure and institution of the church remains toxic for its LGBTQIA+ members. For others, they were compelled by the story of Jesus, but convinced that Christians can tell a better story “without toxic theology” and abusive biblical interpretation.

With the hope that the UMC General Conference in 2021 will be able to discover, create, and make a way forward in terms of securing a safer “space” and faith community for and with LGBTQIA+ clergy, lay leaders, and lay members and non-LGBTQIA+ allies, the reality is that it will take a generation or two for many LGBTQIA+ people to find themselves going on to a UMC website and consider attending a UMC church. It will take a generation or two for many LGBTQIA+ people to walk through the doors and participate in a UMC community or fellowship event, let alone a worship service. Many of LGBTQIA+ people of faith who stay in the UMC do so because of the welcome they experience in the church that they grew up in and know so well. Other LGBTQIA+ people of faith have already found another faith community to attend, or have embraced practices of Buddha or Wicca, or another faith system or a society of ethical living. Still others have found their core community is now a community choir, a yoga center, a soft-ball league, a coffee shop, a brew pub, or a hiking group. In sum, many of us still seek a genuine community which practices the “habits of the heart” (Alexis De Tocqueville), in which we can be ourselves, open to growth, living honestly, safe from harm or abuse, in which there is a sense of transparency and authenticity as its members strive to live life without excuses or apology, serving neighbor, and striving for equality and justice in this world.