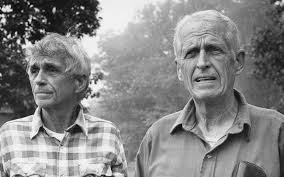 In 1980, I went to Princeton Theological Seminary to pursue an M. Div. My call to ministry was somewhat split between pastoral ministry and an interest in how people with intellectual disabilities understood or knew God if they were unable to communicate using written or spoken language. Having been a music therapist, I knew that the young people I worked with, many who were labeled as autistic, knew the world through music, but not necessarily through spoken, let alone written, language. After graduation, and with more experience with a variety of people with disabilities and more degrees, I became a justice advocate for and with people with disabilities in the church. It prepared me for my role today as the LGBTQIA+ Advocacy Coordinator in the OR-ID UMC Conference. I am grateful for my teachers.

Prior to 1980, I was working with Bread for the World, Church World Service/CROP walks, was reading a lot of Sojourner magazines, Dietrich Bonhoeffer, John Howard Yoder, Dorothy Soelle, conversations with Henri Nouwen, and lived close enough to Washington, DC that I spent a great deal of time with the various communities of Church of the Savior and conversations with Gordon Cosby. All of this activism and going to church gatherings that were more like house churches in those days prepped me for my friendships within a small Mennonite/Anabaptist community at Princeton Seminary. We shared a dinner meal weekly, and had fascinating speakers come and talk with the group, usually centered on peacemaking. Ronald Reagan was President, and nuclear weapons and support of fascist rulers in Central American countries was the rule of the day.

Two of the people who came through and met with our small house church community in 1980 were the Berrigan brothers, both Daniel and Philip. They came to talk to our group about their recent acts of civil disobedience, an action that sprung out of their Christian faith, as shaped by their Jesuit Catholic understanding of Jesus and the Gospel, and the call to discipleship, which was likewise shaped by the base community movement of the Catholic church in Central American and South American countries.

Notice of our meeting with the Berrigan brothers got to the President of Princeton Seminary. To “balance out the meeting of minds,” on the same night we met with the Berrigans, President McLeod invited the Reagan administration friend George Kenan, of the “mutually assured destruction” or MAD approach to nuclear weaponry in the arms race with the former USSR, to speak at a lavish dinner on campus. Most of the professors and Board of Trustee members of the Seminary went to the lavish dinner. The MAD approach, in short, was the act of keeping up or surpassing the USSR with the numbers of nuclear weapons, holding each country to a stalemate in terms of power.

In hindsight, I was witness to a pivotal moment in social activism in this country. In 1980, just before we met with the Berrigans, Philip Berrigan poured blood and hammered on nuclear warheads at a General Electric nuclear missile plant in King of Prussia, Pennsylvania. He was later convicted and imprisoned for this action, which eventually ignited the international Plowshares Movement. Philip Berrigan was nominated twice for the Nobel Peace Prize. George Kenan was not nominated for a Nobel Peace Prize. Ever.

To say the least, as I reflect upon that nighttime dinner meeting, I believe I was in the presence of prophets.

I was reminded of this selfless act of civil disobedience and prophetic ministry, based upon Christian faith and Christian conviction when I read this week about my close North Carolina friend, Patrick O’Neill (a devotee of Catholic Workers' Movement), who was recently sent to prison, along with Martha Hennessey, the granddaughter of Catholic Workers’ Movement originator, Dorothy Day (another hero of mine). Patrick and Martha are part of the Kings Bay Plowshares 7, named after the Plowshares anti-war movement founded 40 years ago by Daniel and Philip Berrigan! Religion News Service reporter Yonat Shimron wrote: “The Plowshares 7 were convicted last year of destruction of property on a naval installation, depredation of government property, trespass and conspiracy. During the break-in, the group cut a padlock, and later a security fence, at the naval base They spilled blood on a Navy wall insignia, spray-painted anti-war slogans on a walkway and banged on a monument to nuclear warfare.”

The Berrigan brothers and Patrick are my role models of social activism. They truly believe that the God of the Hebrew Scriptures—who inspired the prophets of old to speak truth to power and do justice—God, who is Jesus, who sided with those who are marginalized simply because of who the Creator made them to be, and God who is Spirit, who now accompanies us in our pilgrimage of faith, calls us to action. We are to walk with our siblings in Christ’s body who are part of the Black Lives Movement. We are called to be in solidarity with those who are LGBTQIA+ and still treated as second class members of Christ’s body in The United Methodist Church. We are called to be in solidarity with those who are wrongly imprisoned just because they walked across the Southern border of the United States. And yes, we may be called to acts of civil obedience and beat the modern swords of this country into simple plowshares (Isaiah 2:4).

Everyone I’ve met who is active in real social change here and abroad has put their life and livelihood on the line at some point, all because Jesus would do the same, and calls us to do the same, because Jesus believes in us.Because the realm of God matters. After all, God holds us in the palm of God's hands, right? What have we to fear? If God is for us...

In my advocacy work within the OR-ID UMC Conference, I’ve been privileged to meet, and keep on meeting, women, men, and non-binary people, who have pushed forward the radical notion that we are all of equal and sacred worth. All of us are holy because we are created in the image of the Creator, including those of us who are LGBTQIA+. And they have done so with their very lives. These heroes remind me of the Berrigan brothers as I sit in the company of modern-day prophets.

You are my role models as well. And I am honored and humbled to be in your good company.

Just as much as I was honored and humbled to be having dinner and be in the good company of Daniel and Philip Berrigan forty years ago.

Followers of Jesus, the Pilgrim God.