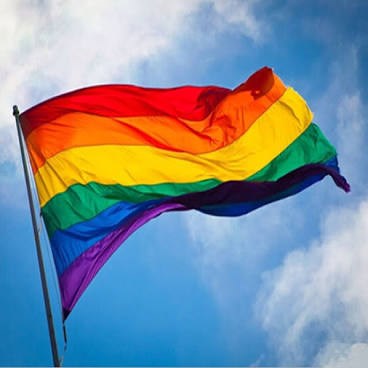 Symbols and signs in our culture matter. They are indicators of what direction a people and a culture are taking. The difference between a symbol and a sign is that “a symbol can convey a deeper and more complex meaning than a sign. A sign is an indicator or marker for something very specific, very concrete and, in general, unambiguous in meaning. ... A symbol conveys a message of deeper meaning and is open to interpretation.”

Another way of saying it is that symbols, more than a sign, can be emotionally and culturally charged. For example, the symbol of The United Methodist Church (UMC) is the cross and flame. When I visit a city or a town that is new to me, and I see the cross and flame on a church, I know it is a UMC church even before I read the words “The United Methodist Church” and the specific name of the church.

This last Wednesday, Jan. 20, 2021, there were a lot of new symbols and symbolic actions taking place in Washington, DC that has changed the “tone” of this nation in how we, who are LGBTQIA+, are treated and perceived. Personally, I feel safer today with this new administration than I did on Jan. 19, 2021.

One of the biggest symbolic changes is that US Embassies around the world can now fly the rainbow flag, a symbol of the LGBTQIA+ pride in this country. The flying of this flag had been banned by the former administration. In countries that are largely anti-LGBTQIA+, like Russia, imagine what it is like to see this universal flag of LGBTQIA+ liberation where there is a US embassy.

On day one, Jan. 20, 2021, President Biden signed many executive orders, including one for LGBTQIA+ non-discrimination in the federal government. Trudy Ring of advocate.com reported the following: “An executive order President Joe Biden issued on his first day in office will assure that the federal government will not engage in workplace discrimination on the basis of sexual orientation and gender identity, and it is expected to stand against such discrimination in the private sector as well.”

On day two, Jan. 21, 2021, Trudy Ring also reported that out and gay former South Bend Mayor Pete Buttigieg met with the US Senate Commerce Committee for his confirmation hearing. The nominee acknowledged and thanked his husband, Chasten Buttigieg, for his support: “I’m really proud to have him by my side. I also want to take this chance to thank him for his many sacrifices and his support in making it possible for me to pursue public service.” If confirmed, Pete Buttigieg will be the first out gay Secretary cabinet member of any Presidential administration. His ability to be chosen and confirmed as a federal employee goes hand in glove with the new President’s executive order regarding work-place non-discrimination for LGBTQIA+ employees.

And there is more to come, including protection of transgender people in terms of health care and serving in the US military service, and re-filing of the Equity Act for LGBTQIA+ people.

As an out-LGBTQIA+ citizen, I was feeling less and less safe under the previous administration. We were protected, oddly enough, by some of the rulings of the Supreme Court of the US in the last few years in terms of employment non-discrimination protections as LGBTQIA+. But this wave of news, from flags to Cabinet secretaries, is refreshing, to say the least. I can breathe easier throughout the day, knowing that the government, which my taxpayer dollars support, isn’t trying to take away my rights, or treat me as a second class citizen because I am part of the LGBTQIA+ community.

What does all this have to do with the UMC? Symbols matter. Language matters. The symbols and the language of The United Methodist Church as a denomination is still problematic, overall, for the LGBTQIA+ community. The Reconciling Ministry Network blunts a lot of that message with its symbols and language, but the unsolved problem, and the exhaustive tension, nevertheless remains. While there are individual churches, individual pastors, individual conferences, individual jurisdictions, and individual UMC-movements that welcome and support LGBTQIA+ people, the overall, universal symbols and language of the UMC is still a barrier and hurdle towards a more welcoming, affirming, and safe denomination overall. Perhaps the recent movement and discussion of the newly created "A Christmas Covenant," which welcomes the idea of regionalization of the UMC, may provide a way forward. Only time, and effort, will tell.

For now, thank God for the change of symbols and language and executive orders in the federal government. And may the UMC be inspired to move quickly towards the day of welcoming, affirming, and safety for all LGBTQIA+ people in the denomination.

It is past time.