I remember how awed I was at the body of Christ called United Methodist. I wanted to be a part of our history. I wanted to see the church continuing to change the world, sharing the Gospel, and offering grace to all and to this day I believe our best days are ahead of us.

This year as we gather we will mark the 200th anniversary of the African Methodist Episcopal church. We celebrate our brothers and sister in Christ born out of our own racism. From the AMEC website read the story:

“The AMEC grew out of the Free African Society (FAS) which Richard Allen, Absalom Jones, and others established in Philadelphia in 1787. When officials at St. George’s MEC [Methodist Episcopal Church] pulled blacks off their knees while praying, FAS members discovered just how far American Methodists would go to enforce racial discrimination against African Americans. Hence, these members of St. George’s made plans to transform their mutual aid society into an African congregation.

Although most wanted to affiliate with the Protestant Episcopal Church, Allen led a small group who resolved to remain Methodists. In 1794 Bethel AME was dedicated with Allen as pastor. To establish Bethel’s independence from interfering white Methodists, Allen, a former Delaware slave, successfully sued in the Pennsylvania courts in 1807 and 1815 for the right of his congregation to exist as an independent institution. Because black Methodists in other middle Atlantic communities encountered racism and desired religious autonomy, Allen called them to meet in Philadelphia to form a new Wesleyan denomination, the AME.”

Thanks be to God that Richard Allen and Absalom Jones and others were not deterred by embedded racism within our church but knew that Grace was for all and that God’s love was bigger than those at St George understood.

That is my prayer again for us as a denomination; May we together understand that grace is for all and that God’s love is bigger. May we not hold back God’s work due to new “ism’s” in us.

200 years from now may we celebrate this 2016 General Conference as the conference of Love as all are welcomed. May we focus on our call to see the entire world as our Parish. (may their be some youth groups in our crowd, like I was not quite 200 years ago, that are called by our love, to transform the world)

John 13:35 “Your love for one another will prove to the world that you are my disciples."
Grace and peace, 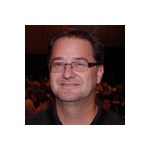