The Challange of Being International

The Challange of Being International

Legislative committees met for the first time today. It took 75 of us about 2 ½ hours to elect a chair, vice chair, secretary, and three subcommittee chairs. It was a long time, but it didn’t seem nearly as bad as the almost endless process earlier in plenary session of adopting the rules.

This afternoon is kind of a long story, but it gives a feeling of what General Conference is really like. First of all, we were behind schedule; the committees were supposed to have met before lunch. This resulted in confusion, especially for some of the non-English-speaking delegates, and shuffling of people between rooms. Getting the right translators and equipment to the people who needed them took quite a bit more time.

I thought the presiding bishop did a pretty good job of explaining what we were going to do. But my English-speaking brain that has been to lots of meetings in the US filled in a few gaps that she left. Not so for many of the international delegates. There were lots of questions, most of them not in English, so the questions and the answers had to be translated. They were all legitimate questions, but it took TIME.

Eventually we ended up with officers, and I think they will be good ones. They come from all over the world and represent a wide range of age and ethnicity. It felt to me that the time spent in this process was worthwhile. In the process of all the questions and nominations, I got excited about the people I will be working closely with for the rest of this week.

On the other hand, the rules debate this morning also took forever. It was supposed to be over last night, but a small group of people didn’t like the changes that had been proposed by the Rules Committee. So they chose to tie the whole plenary session in knots of amendments and parliamentary procedure. In the end, when all the maneuvering was over, the rules passed as proposed, 92% to 8%. As someone commented on my Facebook post, “what happened to holy conferencing?” It didn’t give me a good feeling about the plenary debates to come.

And so it has begun. The next three days will be almost entirely spent in legislative committees. We’ll keep you posted. 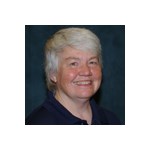