This continues my series of blog posts on the eight strategies for dealing with messes from The Innovators Way by Peter Denning and Robert Dunham.

The prophet Ezekiel is told by the Spirit of the Lord (Ezekiel 3:19) “But if you warn the wicked, and they do not turn from their wickedness, or from their wicked way, they shall die for their iniquity; but you will have saved your life.” The gist of the teaching is that prophets are not to worry about results. If a prophet does what God tells him to do, it doesn’t matter how people respond.

That job description may work for prophets, but not for leaders. And it really doesn’t work for solving messes. Strategy one requires that you declare there is a mess, but at that point we are all still seven steps from a better situation. Even once a leader has learned enough about the problem to begin to imagine an approach to address it, we are still four steps away from a better situation. This is when many leaders are tempted to settle for being prophets instead of leaders.

To tap the skills, gifts and resources of the community requires that the leader blend with the concerns and ideals of those who make up the bulk of their congregations. Our job is not to get different people, nor is it to turn our people into different people. Our job is to mobilize our people to incarnate the intention of God for their lives. You can’t do that if you do not identify with them, or as Denning says, “Blend with them.”

I once heard Cyril Dorsett preach a sermon about his early days as a missionary in Jamaica. He came home one day feeling completely defeated by the ineffectiveness of his efforts to convert the people he had been sent to save. He told us about flopping down on his bed in despair and frustration. Just as he was considering a decision to leave mission work he received a sudden a deep conviction - a revelation - that he must love people if he was to be in ministry with them. At that moment, he told us, he was filled with a mystical and amazing love for the people of Jamaica. That was the turning point.

In revitalization and new church work, very much attention is given to matching the leader to the affinity group. It is very difficult for anyone to be an effective leader of people with whom they do not feel affinity. We should have learned this from our Master.

“He had equal status with God but didn’t think so much of himself that he had to cling to the advantages of that status no matter what. Not at all. When the time came, he set aside the privileges of deity and took on the status of being a slave, became human! Having become human, he stayed human.” (Philippians 2:6-8)

You cannot help move a congregation into a more fruitful life if you do not identify with the people of your congregation. This is at the core of leadership. Resolve to blend.

Read past instalments of this series. 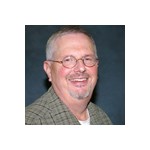 Rev. Steve Ross is the Director of the Oregon-Idaho Conference Vital Church Project. Previously he served as Assistant to the Bishop for the Oregon Trail District.