“I’m here to serve.” “I’m here to serve.” That was one of the first things I heard at the first General Assembly at Occupy Portland six weeks ago. Because there was no PA system the message that the speaker was sharing was given in short sentences and then repeated by the crowd. This practice continued as the occupiers’ main way to transmit information to the wider body.

At one of the early gatherings a young woman came up to me and said, “I’m so glad you’re here.” I replied, “Why? because I’m old?” She said, “Oh no…uh, well…yes.” Later a young man also thanked me for being there. I replied to him, “I’m glad you’re here. We’ve been waiting for you to grow up.” He smiled sheepishly and said, “Yeah, we were kinda stuck in our X-Boxes for a while.”

For the first time in years I feel hope. These young people are articulating the underlying, but often unexpressed, feelings of many that the political and economic structures of the country have become dysfunctional, unfair and skewed to benefit the wealthy few. They are bringing life and energy to a movement that desperately needs their passion to keep it going so that we can see real change. We can no longer assume that writing to our elected officials or voting will fix anything.

For almost 40 years I have lived the life of an activist in Portland. My activism grew out of my conviction that as a follower of Jesus I am expected to do more than just talk and pray. I believe I am expected to act with compassion and seek justice. The past 10 years most of the actions I have been involved in have felt like reunions with only “old”, familiar faces in the small crowds. How refreshing it has been to see and talk with a mostly younger generation. I was their age during the Vietnam War era. But this group is different from us. I don’t think we were as evolved as these “kids” are. We didn’t communicate well with authorities. We didn’t understand power. And our listening skills were limited. We liked to hear ourselves talk. We were mostly concerned about not having any more of our friends die in a senseless war. And I think we might have been a bit more arrogant.

This generation has a much larger agenda that includes far more than themselves. They are concerned about the common good of all. They don’t have much money, for obvious reasons that include school debt and unemployment or underemployment. But they do have time. And they are very smart. They are also kind and respectful.

While the servant leaders of this fledgling movement do not generally use the language of faith or theology to explain what they are trying to be and do, the "fruits of the spirit" of God that are listed in the New Testament--love, joy, patience, kindness, generosity, faithfulness, gentleness and self-control (Galatians 5:22-23)--are clearly visible in the conduct of the occupiers that I have met personally and in most of the decisions that they are making together.

This occupation has been inconvenient and imperfect and sometimes it is easy to question its value. Having lived in community for 40 years I totally understand what that’s about. When I asked “occupiers” what they would like me to convey to others about them, they said “Tell them to come on down and see for themselves. We’d love to talk with them.”

The fact that the “camp” is no longer present in downtown Portland does not mean that the occupation is over. The encampment was really only a beginning of people saying “Enough.” Many of us knew there were problems that were arising in the camps—e.g. drugs, sexual misconduct, public health issues, etc. But these are problems that were already present in the downtown culture long before Occupy Portland began.
How do we as Christians react to all of this? Jesus was an activist. He was confrontational, but non-violent. He cared about the common good, the downtrodden, the oppressed. That kind of compassion for the forgotten is partly what got the Portland occupiers in trouble. Like Jesus they refused to turn anyone away. And like Jesus they were criticized for not refusing food and shelter. Fascinating!

These are gospel issues that the occupiers are addressing. We may be uncomfortable with some of their methods, but their message is quite clear. I don’t think we have time to wait for them to perform perfectly before we join them.

Pat Schwiebert, a retired nurse, Lives in community at Metanoia Peace house, a United Methodist Church in Portland Oregon. One of her ministries is Grief Watch (griefwatch.com), a company that provides tools, ideas, and products for those who grieve and those who support them. She is the author of "Tear Soup: A Recipe for Healing After Loss", winner of the 2001 Theologos Book Award. 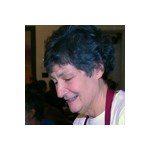 Pat Schwiebert is an author, activist and compassionate friend for those dealing with grief in their life.