Going Global -- "Your issue is not our issue"

Going Global -- "Your issue is not our issue"

I am beginning to get it more each day: we are going global in the UMC. 41% of the delegates to this 2012 General Conference are from outside the United States. On Thursday, the committee I am observing spent time discussing the cultural and linguistic equivalents of the term “mental.” Intellectual, cognitive, mental – it depends on the context, the application, and the intent. And now, translate that into French, Portuguese, and Swahili (and 4 other languages). What do we mean? How are “mental disabilities” understood in various countries? How do families, schools, governments, and the church deal them with? Do United Methodists take a stronger advocacy position than the prevailing culture?

There simply isn’t much time to explore these kinds of questions in the formal committee setting like we have a General Conference. But our differences begin to become apparent when we look with a global sensitivity. And it certainly provides topics to explore in conversation in the common areas and over meals.

The first day in the committee, the wireless headsets in our conference room were not working as intended. So, 7 simultaneous translators were speaking quietly for 14 pairs of international delegates. For many, English is a second, third or fourth language. Some do not need translation while listening. But when they want to express themselves accurately and fully, they choose to use a translator to assist them. Since most American delegates only know English, we often need to be reminded to speak slowly and clearly. And we have times where other languages are spoken, understood by others in that language group and not translated into English.

It is of paramount importance that we consider how each of the petitions might affect the global church. Many are written from a US-centric point of view. For example, there is a petition that opposes “the legislation of any faith-based accounts, such as creationism or intelligent design, into the science curriculum of our public schools.” Looking with a global-church perspective, I see a US assumption in the term “our schools.” Americans know this is a big issue in several states. And yet, I do not know if it is a problem in other countries. Will we take the time to find out from our international delegates?

And, I understood more during a discussion on homosexuality. A delegate from Nigeria acknowledged the depth of the conflict we are dealing with in the US. However, the recurring sexuality discussion in his (and other African) countries is about polygamy. Polygamous marriage is common in many tribal cultures – and yet there is a biblical viewpoint that teaches that marriage is monogamous. He said, “Polygamy is the discussion we are having at every table at our African church gatherings. We are spending much time talking about homosexuality – an American issue -- and yet the issue central in my conference is not being addressed in this global gathering.”

“Your issue is not our issue.” How long until we in the US begin to open our heart, minds, and doors to the reality of our global United Methodist reality? Soon, because an even higher percentage of international delegates will be attending the 2016 GC in Portland! 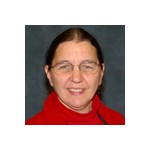 April Hall Cutting is a delegate to the 2012 Western Jurisdictional Conference and will be attending General Conference as an additional reserve delegate and observer. She is the Pastor at Sweet Home, Halsey, and Harrisburg United Methodist Churches in the central Willamette Valley of Oregon.