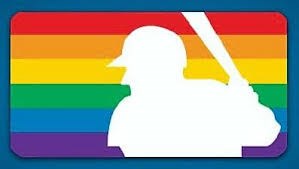 Amateur Sports and the Church

This Sunday morning, Sept. 8, 2019, I’m going to be preaching at Hillsboro United Methodist Church at 10 am, and I’m looking forward to it. I enjoy my time visiting UMC churches as the LGBTQ+ Advocacy Coordinator, visiting congregations and seeing what is happening in and around the Conference.

I’m also signed up to be paddling with my Dragon Boat Team, Golden Dragons, and there is a Grand Master Race (over 60 years-old) at 10 am that morning as well. I’ll miss that race but will join them afterwards for the other competitive races. It is just like all the soccer games that my children participated in while growing up in Chapel Hill North Carolina, in which there were games usually held on Sunday mornings. We would often have to make a choice: sports or church? Of course, being "preacher's kids," my children had to deal with the other issue about the kind of "example we are setting" standard in play.

While the Church (universal) has struggled with the place and presence of LGBTQ+ people, amateur sports have been making a little more headway. In sports like rugby, kick ball, soccer, yoga, golf, tennis, swimming, marathons, triathlons, volleyball, and soft ball, to name a few, LGBTQ+ people have been signing up and showing up for the last few decades. On Sunday mornings, there are a lot of LGBTQ+ people who are participating in sports who were raised in churches, synagogues, mosques, and temples. I’ll reserve another blog spot for professional sports, and the rabid homophobia in professional sports. But in amateur sports, there has been a surge among some amateur sports, including those athletes who participate in the Gay Games, which will next be hosted in Hong Kong in 2022.

What drew my attention to the rise in amateur sports is a friend who is in Kansas City this week, for the Gay Softball World Series, which is presented by the National American Gay Amateur Athletic Alliance. “The tournament will include 208 teams and is expected to attract more than 5,000 people. The following was not always so large, said Scott Switzer, executive director. ‘Forty-three years ago, there were three cities that were originally involved in this, but each year it’s grown. Each year they’ve moved from city to city to have this world Series, and now we’re up to 48 this year.” And what message do the organizers of this big softball tournament in Kansas City want to deliver to the overall public? “[It] can be summed up in one word, inclusion.” Imagine those 5,000 coming to a church to worship?

While the Church (universal) has delivered a message of exclusion over generations to the LGBTQ+ community, amateur sports has opened its arms to LGBTQ+ people on Sunday mornings, and my LGBTQ+ friends—whether they are gifted and talented in a sport, or just like to hang out with friends who tell us we are really good and laughing with us—have joined these groups, and these groups have grown. My LGBTQ+ siblings have found a community that supports, loves, challenges, and comforts one another, just like a church. In other words, my LGBTQ+ friends have found “church.” And I have friends who are participating in the Gay Softball World Series, and I hope their respective teams do well. And yes, I'm starting an LGBTQ+ Dragon Boat Team, Queer Dragons. because there is interest in an LGBTQ+ team.

I end this blog with this question: what does a church offer to my LGBTQ+ siblings who have been excluded from church upon church for generations, and many of my siblings have found their communities of support, love, and hope in an amateur sports team? And yes, some have discovered faith in God in these sports teams as well?