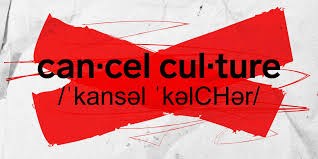 One of the popular phrases today in modern culture is “cancel culture.” What is cancel culture? It refers to, “the popular practice of withdrawing support for (canceling) public figures and companies after they have done or said something considered objectionable or offensive. Cancel culture is generally discussed as being performed on social media in the form of group shaming” (dictionary.com).

In the current politics of this land, there is an attempt by some to “cancel” the lives of transgender people in health care and in other parts of life in the public square. That’s because, to some in power, those who are transgender are considered “objectionable or offensive.”

And we, in the Church, who cherish all human lives, find this attitude and action evil, and resist such evil.

Margot Sanger-Katz and Noah Weiland of the New York Times, reported that on Aug. 17, 2020, a federal judge, “blocked an effort by the Trump administration to erase protections for transgender patients against discrimination by doctors, hospitals and health insurance companies, dealing a blow to the broader legal reasoning it has used to try to roll back transgender rights across the government.”

In mid-June 2020, he Department of Health and Human Services (DHHS) finalized a rule that took away rights when it came to health care for those people who self-identify as transgender. What stopped it from coming into action was the US Supreme Court ruling a few days later, establishing that employers cannot discriminate against transgender people in the workplace. Judge Frederic Block of the United States District Court in Brooklyn found that the new rule would be in violation of the US Supreme Court ruling. The DHHS policy was to come into effect on Tue., Aug. 18, 2020.

All of this boils down to this: what does it mean to discriminate against someone on the basis of sex.

Before, it was only gender that was considered “sex.” Now, because of the ruling by the US Supreme Court in June 2020, “sex” also covers LGBTQI2S+. This new ruling matters when it comes to the civil rights provision of the Affordable Care Act that barred discrimination in health care settings on the basis of race, national origin, sex, age, or disability.

This is where the church comes in: what DHHS was trying to do, cutting down the rights of transgender people, was evil. It furthered an injustice. It was oppressive. It failed to recognize and respect the humanity of all people, including those who are transgender.

We, the church, are called to resist evil, injustice, and oppression in whatever forms they present themselves.

In calling out this governmental action in this blog, I am calling on the church to write to US Senators and US Congresspeople, and the DHHS and this administration to stop all acts like this which are cruel, ugly, evil, and sinful.

Remember, as I wrote above, if we don’t call it out now and remain silent, they will come after the lives of those who are gay, lesbian, queer, bisexual, pansexual, and two spirit, putting in more restrictions in terms of not only health but also housing and employment opportunities.

And then they will come after other minority groups.

They want to cancel us out.

In the words of the late-John Lewis, this is the time to make “good trouble.”