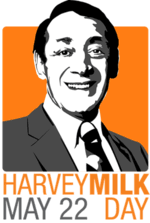 In the last week, I’ve had two opportunities to publicly, on pod-cast and television, “come out” as a gay man, again.

It’s a weird kind of phenomenon that non-LGBTQ+ people don’t get, simply because non-LGBTQ+ people didn’t and don't have to come “out” in a largely non-LGBTQ+ society. The norm in non-LGBTQ+ societies is most everyone is non-LGBTQ+, unless someone is otherwise, um, out about being LGBTQ+. Otherwise, it is not known or a "secret," in which only your mom and hundreds of others know about. Kidding. Sort of. We, who are LGBTQ+, are always the last to know.

About once a week, in open society in general, and sometimes among close friends who don't get it, I find and take or create the opportunity to come out, or out myself, and let people know I’m gay, a Christian, a Presbyterian pastor, work with United Methodists, have a partner, am a parent, and grandparent. It helps to be an extrovert, who enjoys spontaneously teaching others about the joy of being gay. And I'm always surprised by how the gay closet, which I helped construct in part, surprisingly re-creates itself time and again, and has to be dismantled, again and again.

Why do I come out time and again? Because it is the only way we are going to change the church, the family, the friends, the acquaintances, the public square, the society, and the world around us and in the world in which we live: by telling our stories. It won't come through an LGBTQ+ program, a film, a webinar, a podcast, or any other source. Relationships work best for teaching others. Just as Jesus. He didn't have a program to "convert" people, just relationships and stories. Lots of stories. By coming out, telling someone “I’m gay,” that non-LGBTQ+ person now knows one more gay person, or an LGBTQ+ person knows another gay person. Suddenly, a community blooms.

Fact: the primary reason that the Republic of Ireland voted to welcome marriage equality so quickly is because LGBTQ+ people came out and told friends, families, churches, and associates they were LGBTQ+.  Not even the Catholic Church could stop the affirming vote. In Catholic Ireland, of all places.

And, by the way, this is how we, who are LGBTQ+, are going to change the world: by telling, showing, sharing, communicating by any means possible that there are a lot of LGBTQ+ people in the world. The problem is that most of us are still well hidden.

According to Wikipedia (I know), a 2017 poll, 4.5% US citizens self-identified as LGBTQ+. Self-identified. Said that they were LGBTQ+. Now, what do you think are the statistics of those who are still in the closet? They are probably huge.

The first opportunity to talk about being gay was with Aaron Gregory Austin, and a podcast, Gay BC News Radio, which he began recently, talking to “heroes” in various disciplines and visibility in this world. Being an out gay Presbyterian pastor working in a United Methodist Church context, advocating with LGBTQ+ people in both denominations makes me, in some people’s eyes, a "hero," while my friends and family bring me down to earth, quickly.  Aaron is, himself, a former Jehovah’s Witness and raised in Oregon, so we had many things in common, along with, of all things, a fondness for all things related to Disney and Star Wars.

The second opportunity was on television, “Awaken Atlanta!” This was a time to discuss with co-hosts of this show in Atlanta the life as a gay parent and modern families. The conversation was a lot of fun, and we covered a lot of bases in a short period of time. The bottom line? LGBTQ+ parents have always been here, parenting, part of families, whether we are in or out of the closet, since the beginning of time.

Again, this is how we, who are LGBTQ+  and in or out, are going to change the church and world towards being a more welcoming and affirming place for LGBTQ+ people: by telling, singing, dancing, painting, creating poetry, and sharing our story of life with others.

Then there is Harvey Milk.

Last year, in this blog stream, I posted about Harvey Milk.  I'm going to make it a yearly celebration and posting. Why? Because he was all about coming out.

Harvey Milk was the gay activist of San Francisco and the world. Today, May 22nd, is his birthday. Happy birthday, Harvey! He would've been 90 years old.

And I would add, come out to people you don't know and who don't know you. There's the extrovert in me, again.

And come out to your church and other communities of faith. After all, Jesus said that the truth--living it, doing it, being all about it, and speaking out of it--will set us free (John 8:31-32).

Now is the time!