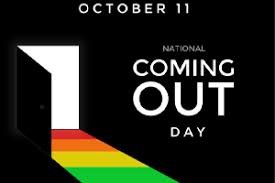 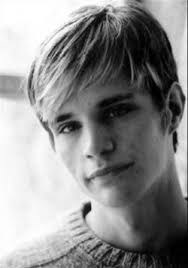 Yesterday, October 11, 2020, was National Coming Out Day! My Facebook and Instagram accounts, along with Twitter feed, have been full of stories of coming out starting on Saturday night, Oct. 10, and are still popping up this morning on Oct. 12th.

National Coming Out Day started in 1988 to mark the anniversary of the first LGBTQIA+ March on Washington, DC, and is a day of affirmation, acceptance, and sharing the truth of one’s life with family and friends. It is about being comfortable in one’s own skin in the significant relationships that make up the community of our lives. Coming out is an act of love and trust.

With this recognition of National Coming Out Day, let me also remind readers that today is the anniversary of Matthew Shepard’s tragic beating and death. He died on Oct. 12, 1998, twenty-two years ago. For those who don’t remember, Matthew Shepard was the young man in his 20s who was savagely beaten up by two young men and left to die on a lonely cattle fence railing outside of Laramie, Wyoming. He was beaten and died simply because he was gay. In other words, it was a hate crime. And murder.

I mention these two dates in this blog—Oct. 11 and Oct. 12—because of this reality, which is as true today as it was 25 years ago when I came out of my partially self-constructed, society- constructed gay “closet” as well as for those who came out and were no longer hidden for longer than that, as well as those who recently came out in the last year or last month or so. Coming out and being who you are as a self-identifying LGBTQIA2S+ person in this society still takes personal and communal courage, love of self and others, and boundless hope, which is always future oriented. We, who are out, hope that in the future being LGBTQIA2S+ is as natural as rain in October in Oregon, with no physical beatings, emotional violence, or any other repercussions in terms of our complex relationship with our family, friends, faith communities, jobs, health care, housing, and retirement, to name but a few of the circles of influence in our lives. And we who are out are also aware that coming out as an LGBTQIA2S+ person in other countries and cultures means not only outright discrimination, but imprisonment, if not certain death.

So, yes, in 2020, coming out is still a thing. That's why it is important to remember coming out as a national "day." Granted, there are now podcasts, books, and pamphlets that provide some direction and “how-to” guides, though many of us learned to do it by watching television shows and movies that followed the lives of LGBTQIA2S+ people who struggled to be out and open. Others of us, like myself, both came out to others quietly who then were publicly outed and shamed. And still others who were simply outed without one's permission. Regardless of what the circumstances were, or the formula or suggested steps might be, for the most part, the LGBTQIA2S+ people I know each have one’s own unique story which is slightly different than anyone and everyone else’s story of coming out and being out. Different stories, different pathways or pilgrimage roads, making it all that much more interesting in terms of the world in which we live. Some LGBTQIA+ centers throughout the major cities of the US even collect such stories, or hold events yearly for LGBTQIA2S+ people to tell their fierce, funny, sad, challenging, courageous stories of coming out, like Basic Rights Oregon.

Coming out today is not only in the area of sexual orientation but also includes gender identity as well, whether one self-identifies as male or as a man/he, him, his; female or as a woman/she, her, hers;  or non-binary or enby/they, them or xe, xem. Some of us will use Mr. Others will still use Mrs., Miss, or Ms. Still others choose to use Mx.

And while many of us who read this blog are LGBTQIA2S+ people of faith, what was always weird about this process of coming out is that we live in relationship with a God who wants us to be open and honest with ourselves and others about who we are, and whose we are. Yet, for many of us, it was the church, the body of Christ, in which we who are LGBTQIA2S+ found it hardest to be open and honest with in terms of coming out. That’s why many LGBTQIA2S+ people left a church, temple, synagogue, or mosque—all faiths that encourage people to live open and honest lives with each other and one’s idea of a higher power—and created “families of choice,” and other communal gatherings—from choirs or theatrical groups, to yoga gatherings and soft-ball teams—in order to find support, hope, and love.

Happy and blessed National Coming Out Day! And let us remember people, like Matthew Shepard, and try to make this world a better place, so that such deaths are no longer part of our legacy. And may we all live long enough to see that such a day is no longer necessary because coming out and being out as an LGBTQIA2S+ person is safe and beautiful, no matter where one lives in the world, or which community of faith one is a member.