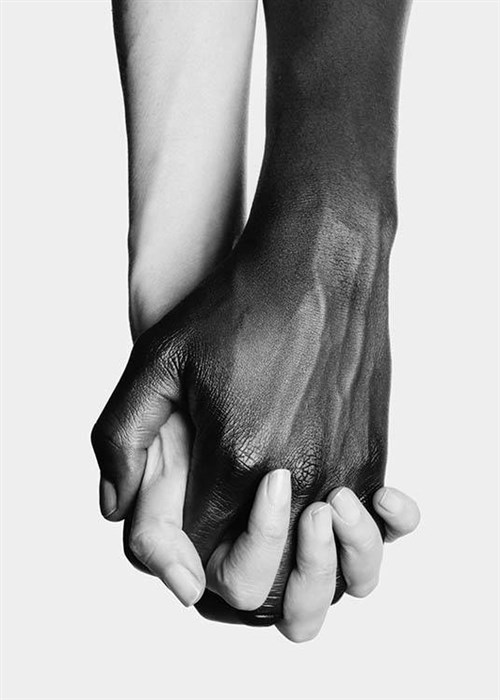 Since one of the first days that he showed up in my life, my partner Christian has reached out and held my hand in public. The first time it was in the Portland Saturday Market, and it was fun in its novelty, and sweet as a romantic gesture. We have held hands when walking in airports around this country, cafes, in Disney’s Animal Kingdom and Universal Studios-Orlando, in Boston, Atlanta, and Portsmouth, New Hampshire and Salem, Massachusetts. Why do we hold hands? It is a personal and public display of affection, a “PDA.” Holding hands is a form of physical intimacy, displaying to others in public that we are partnered; a couple. It is a gesture of affection and physical, spiritual, and relational closeness. It is a sweet and loving gesture.

Life wasn’t always this way for me in a coupled relationship. Prior to 2011, when the Presbyterian Church (USA) changed our ordination standards, and I was living in Chapel Hill, North Carolina, my former Presbyter Executive warned me to never ever hold my then-partner’s hand in public on the streets of Chapel Hill, Durham, or Raleigh, and especially in the smaller conservative places around the Research Triangle’s liberal blue bubble. The thought of us kissing one another in public was a bridge too far. The Presbyter Executive went so far to tell me to be sure that if we were in our home and standing in front of a large window of our home, to be sure the shades or drapes were drawn so no one could see us.

And here's the rub: when I was in a non-LGBTQ+ relationship with my former wife, no one said anything about our holding hands.

What was the Presbyter Executive so concerned about? She was concerned for my and our own well-being, fearful of physical violence; that we would be beaten up. This is because, for some, holding hands is a political gestures. In a 2012 study paper from the European Union’s Fundamental Rights Agency, 74% of gay men and 51% of lesbian women said that they avoided holding hands in public for fear or harassment or assault. In Pasco, Washington, four men were arrested for harassing a gay couple for holding hands at a taco food truck in December 2019. One of the gay men was punched in the face, and the other gay man was kicked repeatedly.

Even during this COVID 19 pandemic, not all people’s behaviors have necessarily changed for the better or towards the betterment of the common good. In this day of social distancing, being able to touch the hand of the one I love and am in relationship with is that much more precious and profound. For example, last week, while walking together, hand-in-hand around the pathways of Cook Park in Tigard, Oregon—a lovely greenway in the heart of suburbia—a non-LGBTQ+ couple with two young children saw us coming their way. Again, we were holding hands. The father of this non-LGBTQ+ couple upon seeing us did everything in his power to direct the young children’s attention from seeing two men holding hands, pointing at trees, at the ground, at some point far away. His attention diverting skills were not lost on us. Thankfully, as we got closer to home there were other non-LGBTQ+ couples with children in their yards and on the streets, walking their dogs, who said “Hello! How are you?” with children running up to us and staying 6 feet away, and this time encouraged by a parent to say “Hi!" to us. What a difference a few blocks make.

On Easter Sunday, in the morning, Christian and I walked to Tom McCall Park in Portland, Oregon for our daily two to four-mile stroll. On the way there, when passing through one of the parks to the Willamette, a homeless man on one of the park benches saw us holding hands and shouted, “Faggots!” to which Christian then leaned over and gave me a kiss. On the way back from the Willamette River to our apartment, the same homeless man seeing us on the street approached us saying, “Were you the two faggots kissing each other that I yelled at earlier?” and then threatened to hit Christian in the face as I called 911. “I don’t care that you call the police,” he said, spitting at us, and yelling “Faggot!” Needless to say, he was not keeping 6 feet away from us, but was in our face. When I finally got the 911 operator, he finally backed off and yelled at another man walking along SW 4thAve., “Faggot!” Needless to say, those who are homeless and in need of community health care services, which are not available, currently own the empty streets of our city, and have their say, come what may.

At the end of Easter Sunday, we were welcomed by the Community of Pilgrims Presbyterian Fellowship, in which I am the organizing pastor. We meet every Sunday at 4 pm, even on Zoom. This a community of Christians who love us for who and whose we are. It was a sweet ending after a fascinating day.

On the one hand, holding hands in public as an LGBTQ+ couple is still an intimate and political gesture, revealing that there are some people in this world who are still needing to learn about love in its many forms in the world today. On the other hand, holding hands in public, in many parts of life in the public square and in our faith communities, is more and more widely accepted. And the more those of us who practice it in our faith communities and in public, the more it will be considered “normal” and part of everyday life.

So, once the Coronavirus COVID 19 social distancing ban is lifted, let’s hold hands! After all, Jesus held the hands of many of his disciples, male and female alike, as a sign of healing and comfort (Matt. 8: 15; Mark 5:41; Luke 8:54).

And yes, we intend to hold each other's hands, "till death do us part."