Greater NW Pride: Idaho, People who are Transgender, and Transgender Day of Visibility

Greater NW Pride: Idaho, People who are Transgender, and Transgender Day of Visibility 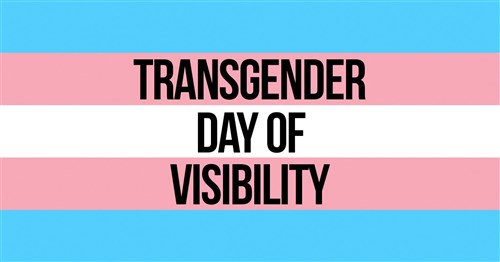 A few weeks ago, I blogged about the anti-transgender bills that were making their way through the Idaho state legislature. They had to do with everything from being anti-transgender on the matter of athletics, to being against medical procedures.

While the rest of the nation is in the grip of the rising Coronavirus COVID 19, Governor Brad Little signed two anti-transgender bills into law. One bill bans transgender male-to-female girls and women from participating in spots that are in line with their gender identity (House Bill 500). The second bill makes it illegal for people who are transgender to change one’s gender markers on one’s Idaho birth certificates (House Bill 509).

In a cowardly fashion, the Governor didn’t issue a signing statement on either bill.

Even though Idaho’s Attorney General had already alerted lawmakers that the two bills would be found unconstitutional in a legal challenge, and even though the ACLU of Idaho issued a statement staying they would fight these measures, the legislators and the Governor went forward with these bills.

With all the ways that Transgender Visibility Day could have been celebrated—from making it an “official” day in Idaho with a proclamation statement, hosting an event in the state capitol building, celebrating the heroic transgender people in the state, to setting up transgender story time in libraries around the state and focusing on the intersectionality of being transgender and a person of color—Idaho chose, instead, to legislate and sign into law two bills that are nothing more than one more case of discrimination.

These laws, and their demise, will go down in transgender history, too, as part of the backlash against LGBTQ+ rights and movements forward in this nation and internationally.

Thankfully, there are people in the Oregon-Idaho Reconciling Ministry Network in Idaho, along with other United Methodists who are not affiliated with Reconciling Ministry Network, and other folks from various Protestant denominations, who openly protested against these bills.  These folks sat in legislative meetings as the bills were being debated and discussed. They made their stance of freedom and equity for and with all known in those meetings. Even in the midst of this pandemic, the people of faith in Idaho can still send messages via email and text to the legislators and Governor. Here is the link to contacting the Governor of Idaho: https://gov.idaho.gov/contact-us/.

While this nation and the world are gripped by the pandemic, there are people working in other parts of the local, statewide, and federal government who are still actively forwarding bills that are aimed at blocking and removing the current rights we, who are LGBTQ+, already have, e.g., foster-home or adoption rights in Tennessee. And there are legislators who are thinking of new ways of blocking LGBTQ+ rights in the future.

So, after your fill of Coronavirus COVID 19 communication for the day, let me know if you see any other bills being advanced quietly in the Pacific Northwest and beyond by state legislators and federal government agencies, so that I can post them with this blog, and help others know what is happening.

And Happy Transgender Day of Visibility! Woohoo! We thank God for our friends and siblings in Christ who are transgender!