Greater NW Pride: Lifetime and Hallmark Channel Holiday Films and the Normalization of the LGBTQI+ Movement

Greater NW Pride: Lifetime and Hallmark Channel Holiday Films and the Normalization of the LGBTQI+ Movement 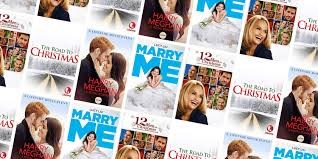 Lifetime and Hallmark Channels, Holiday Films, and the Normalization of the LGBTQI+ Movement

I’m going to take a break from the documentary filmmaker David France mini-marathon, begun with a review of the 2020 HBO film, Welcome to Chechnya last week, and go to some unexpected news. Lifetime films is making one of their classic Christmas movies with a gay couple-falling-in-love film!

While I am not necessarily drawn into holiday, Christmas films on Hallmark or Lifetime channels because of their consistent formulaic form of storytelling, I am aware of their popularity around the world, especially in the Midwest states of this country, or what some people refer to as the “fly over” states. This is considered, by some, to be the “heartland” of the US. This is also home to the “swing belt” states in many Presidential elections. Others would consider this area more or less conservative in one’s taste in clothes, music, and TV, movie, or Netflix/Hulu/HBO/Amazon Prime viewing.

The only time I focused on these films was in the dying days of my late mom, who had turned off Fox News and PBS murder mysteries, and was, weirdly, enjoying Hallmark and Lifetime Christmas holiday films. In spending time with her, I watched quite a few of these films, and was always thankful for the happy ending.

Last year, 2019, the news that came out of these networks was not about the films per se, but about the commercials that ran between the tear-jerking or soft merriment moments of their Christmas holiday marathon. It was a Zola jewelry commercial, a jewelry company I never heard of before. In one commercial, a lesbian couple celebrated their wedding. However, a group called “One Million Moms” objected to the commercial, and initially, Hallmark took off the advertisement."The Hallmark Channel has always been known for its family friendly movies," the group wrote. "Even its commercials are usually safe for family viewing. But unfortunately, that is not the case anymore." The great success was that later on, the ad was back on the Hallmark channel after there was even stronger push back by others.

What a difference a year makes! Speed ahead to this year, 2020. Lifetime and Hallmark aim for the same market or audience with their films and ongoing series. Tracy Gilchrist from The Advocate website reports that there is a gay-themed holiday film coming on Lifetime: “Lifetime has just announced its cast for the gay-themed holiday movie The Christmas Setup, which will star real-life married couple Blake Lee (Parks and Recreation) and Ben Lewis (Arrow, The Handmaid’s Tale). Lewis plays Hugo, a New York City lawyer who goes to Milwaukee with his best friend, Madelyn (GLOW’s Ellen Wong), to spend Christmas with his mom, played by The Nanny’s Fran Drescher, according to Deadline.

A meddling matchmaker who also runs the local holiday festivities, Hugo’s mom, Kate, arranges for him to run into his old crush Patrick (Lee), who’s home from his high-powered job in Silicon Valley. As the romance appears to be taking off, a wrench is thrown into the works when Hugo is offered a job in London.”

Tune in this winter to see how this story ends! Hint: they work it out and live happily ever after!

Here is why this is important. The stereotype in this country is that the LGBTQ+ folks and LGBTQ+ allies are usually located on the two coasts of this country, living in urban and suburban locations.  But there is census data to show that 35% of LGBTQ+ people live in the South/Southeaster sections of the country, where many watch Lifetime and Hallmark movies. Disclaimer: I myself lived in NC for 25 years. There is a smaller but growing group of LGBTQ+ people in the Midwest as well, as people are leaving the cities and finding jobs and a quieter life in more rural parts of this country.

For all sense and purpose, “middle America,” which includes the Midwest and South, are becoming home to many of us who are LGBTQ+ in terms of what is watched and seen on TV, cable, and on-line shows that show LGBTQ+ living out our ordinary, normal, busy lives. There is a kind of normalization that is happening, in which the LGBTQ+ culture is beginning to break down and become more a part of the fascinating quilt of American society.

And if this normalization is happening in the homes and apartments of middle America everyday life, imagine what is happening in their churches, mosques, temples, and synagogues as well. We, who are LGBTQ+, are quietly finding a home there as well. Many LGBTQ+ folks in the South call themselves "quiet queers."

At the end of the day, the LGBTQ+ agenda is already melding with middle America “values,” with incremental steps, one day at a time, one commercial at a time, one movie at a time, one faithful member of a church, mosque, or synagogue, or temple at a time.

We just keep moving forward, one step at a time.