My Blood is Wanted: The Red Cross, Giving Blood, HIV, and Being Gay

My blood is wanted. 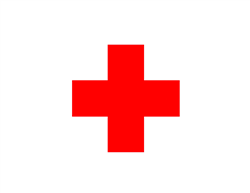 To be more exact, in the last few days, a lesbian friend reminded me on Facebook about an opportunity to give blood to the Red Cross. She spoke about giving blood as one of the more noble causes and activities in her life. Giving blood is for a good purpose, namely saving the lives of others in need of blood. Giving blood is one of the ways we can fulfill what Jesus is calling us to do in loving one another (John 13:34-35). I have no doubt that Jesus would approve of this activity.

I was also reminded with an email reminder that Thursday, June 27, is HIV/AIDS Awareness Day, and that it would be a good day to find out my HIV status.

My blood is wanted.

Here’s the problem: I’d like to give to the Red Cross, but they won’t allow me to give blood. Even though I have one of the rarer blood types—O negative—which blood banks are always calling out to us to give because we are a universal blood-type, I can’t give. In this article from the LA Times, the rule of the Red Cross is set by the Food and Drug Administration, which bans all gay men from giving blood products unless they have been sexually abstinent for the previous twelve months. This policy came in place during the days of the AIDS epidemic in the 1980s and 1990s. Today’s technology detects HIV within nine to fourteen days of exposure. A patient’s chance of getting HIV from a blood transfusion in the US is 1 in 1.5 million. And there is no such prohibition for cisgender straight women or men, or those who are transgender, bisexual, pansexual, or intersex, even though anyone who is straight or along the LGBTQ+ spectrum can be HIV positive. Only gay men.

However, I am able to give blood when being tested for HIV/AIDS. Testing is part of the culture of the gay community. Getting tested for HIV/AIDS is an important check-up for all people who are sexually active. I am hoping that this notice went out to all my friends, regardless if they are cisgender straight people, lesbian, gay, bisexual, transgender, pansexual, queer or intersex. Like giving blood for others, being tested regularly if one is sexually active and not in a monogamous relationship is for one’s own good, and good for the community in which we live.

I checked online to see if any of the major Protestant mainline churches are addressing this slight against openly gay men, but no one seems to be taking this on as a matter of justice. But this is an injustice. It is one of the many small ways that I am reminded that I am not like other people in society, and that the blood of a gay man who has not been abstinent for twelve months is considered “less than” than that of other people in this society.

[The above image comes from the American Red Cross.]