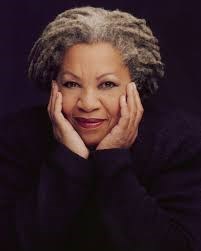 On Writing As a Gay Man

In the recent documentary of the life of the late-writer Toni Morrison, Toni Morrison: The Pieces I Am, I was struck by a quote about who her audience is in terms of who she is writing to in her novels and essays. I was struck by her candor: she writes to and for black people.

Toni Morrison made me think about this idea of “voice” and “audience” as I read some of her quotes as one who is a black writer, writing to other black people, and not to white people or other people of color. For example, from “Conversations with Toni Morrison” (1994), she wrote: “I never asked Tolstoy to write for me, a little colored girl in Lorain, Ohio. I never asked [James] Joyce not to mention Catholicism or the world of Dublin. Never. And I don't know why I should be asked to explain your life to you. We have splendid writers to do that, but I am not one of them. It is that business of being universal, a word hopelessly stripped of meaning for me. Faulkner wrote what I suppose could be called regional literature and had it published all over the world. That's what I wish to do. If I tried to write a universal novel, it would be water. Behind this question is the suggestion that to write for black people is somehow to diminish the writing. From my perspective there are only black people. When I say 'people,' that's what I mean.”

Likewise, in an article summarizing her quotes in life, soon after her recent passing (Aug. 5, 2019), there was this quote: “What I’m interested in is writing without the gaze, without the white gaze. … In so many earlier books by African-American writers, particularly the men, I felt that they were not writing to me. But what interested me was the African-American experience throughout whichever time I spoke of. It was always about African-American culture and people — good, bad, indifferent, whatever — but that was, for me, the universe.” (From Rachel Kaadzi Ghansah’s 2015 profile of Morrison in The New York Times Magazine)

Her observations, which made me stop and sit up, were: “From my perspective there are only black people,” and “What I’m interested in is writing without the gaze, without the white gaze.” Morrison writes as a black writer for a black reader. I am a gay writer who does not write for a gay reader.  Again: I am a gay writer who writes for a largely straight, cisgender audience, and not to a gay cisgender male, let alone LGTQ+ , audience. In the “name” of further intersectionality, I write to a largely white, cisgender, straight, Protestant Christian, able-bodied, hearing audience, and middle-aged, middle-class audience. There’s nothing “wrong” or “right” about that. Just a striking observation, because I am reminded of who my audience is, daily and weekly, and who my audience is with this blog. “Audience” also shapes who and why I preach what I preach, teach, advocate, raise a holy-ruckus, agree to listen quietly and patiently to hateful rhetoric in the Church (universal), sit politely when people tell me about Leviticus and Romans, why it is still all right to exclude LGBTQ+ from being ordained, and why same-sex weddings are a sin, that they "love the sinner and hate the sin," and don't think I should be ordained or in a relationship with someone I love.

So, the upshot is this: Audience matters, as does the voice and experience of the writer. I will continue to write, preach, and teach to a largely straight, cisgender, white, Protestant Christian, able-bodied, hearing, middle age, middle class, hearing, audience, because the very nature of this blog is to be educational and to advocate for and with other LGBTQ+ people; to inform you, this “audience,” of what is happening in the UMC, in the Protestant Christian churches, in the Church universal, and in modern society, from one gay man’s perspective. And one day, soon, I’ll write a blog that is meant to be shared with a largely LGBTQ+ audience, with fair-warning. Or to paraphrase Toni Morrison, “From my perspective there are only LGBTQ+ people. When I say 'people,' that's what I mean.”