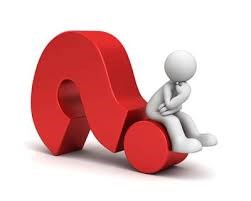 In the Gospel of Luke, the word, “ponder” is used twice in the first two chapters. The first time is when the angel Gabriel visited Mary, saying, “’Greetings, favored one! The Lord is with you.’ But she was much perplexed by his words and pondered what sort of greetings this might be” (Luke 1: 29). The second time was after Mary was visited by the shepherds who came with a message from the angels, in which “Mary treasured all these words and pondered them in her heart”(Luke 2:19). And there is a third example, which is like pondering or contemplating. This takes place after the child Jesus was found in the temple, sitting among the teachers. When they asked the child why he was there, he said, “’Why were you searching for me? Did you not know that I must be in my Father’s house?’ But they did not understand what he said to them. Then he went down with them and came to Nazareth, and was obedient to them. His mother treasured all these things in her heart” (Luke 2:48-51). She pondered.

To ponder, according to Oxford.com, is to “think about (something) carefully, especially before making a decision or reaching a conclusion.” One friend shared that the ancient Greek word for ponder, melete or enthumeomai, could also mean to hold two opposite thoughts or feelings together, quietly, or in an active contemplative manner. Pondering is not dithering. Pondering is active contemplation, with hopes that in the end, after much discernment, a pathway forward will be shown and enacted.

As 2020 draws to a close, many of us who are LGBTQIA+ and people of faith are pondering in our hearts all that has gone on in 2020, in our respective communities of faith, as well as the progress and set-backs made in terms of the politics of our nation. We are pondering what has happened this year, as well as looking forward to 2021, holding two opposite thoughts and concerns in our hearts as well, just like Mary.

There were two interesting articles that caught my attention regarding holding two opposites thoughts and feelings together (call it creative tension, too) in two different articles from two very different publications. The first article was by the Rev. Roland Stringfellow, an MCC pastor in Detroit. This was posted on religionnews.com: “A prayer for amore just, inclusive future for LGBTQ folks in 2021.” On a high note? In 2020, the US Supreme Court affirmed that LGBTQ people are protected from employment discrimination. It was a landmark decision, and one that gives many of us who are LGBTQIA+ hope. On a low note, anti-LGBTQIA+ discrimination remains an urgent problem as we who are LGBTQIA+ can still be discriminated against in housing and healthcare, let alone in restaurants and floral shops, in which there is a fight coming over “religious freedoms,” which is another way of saying, “discrimination.” The good news? LGBTQIA+ equal rights is not a partisan issue, or about one particular faith tradition: “Some 72% of Americans say they support LGBTQ protections, including 61% of Republicans, 71% of Independents, and 81% of Democrats.”

In another article by Benjamin Brenkert posted on advocate.com, there was a critique of the Roman Catholic Church: “Cold War: The Catholic Church and LBTQ+ Believers.” The opening paragraph summed up the current state of affairs in the Catholic Church: The last 12 months has been another year of the Catholic Church continuing its don’t ask, don’t tell policy of love the sinner not the sin. Another year when the Vatican missed opportunities to affirm the positive contributions of LGBTQ+ people. This year will be remembered as the year the Vatican told lesbians and gays that they were no longer interested in their salvation, or marriage, punting that issue to state rights. What a failed policy for the smallest City State located in Western Europe. Just a few countries away, anti-LGBTQ+ zones are rejecting LGBTQ+ people (in Poland), growing increasingly intolerant towards sexual minorities.” On a high note, the Pope showed more compassion in his practice of ministry towards and with those of us who are LGBTQIA+. On a low note: nothing has changed in terms of the dogma or church doctrine in re: to sex and gender roles: “The Vatican exalts child-making couples, and shames all others; gay, lesbian, non-childbearing, and gender-fluid couples.”

As I consider what has happened in 2020 in The United Methodist Church (UMC), on a high note, the Oregon-Idaho UMC conference, Pacific Northwest region, and the Western Jurisdiction continues to be leading the denomination in terms of securing and making it safe for LGBTQIA+ clergy, lay leaders, and lay members to be part of the UMC in general, and our individual congregations. Safe Harbor has done just that: provided a safe place for UMC clergy from other parts of the country to come and fulfill their calling as UMC clergy. Another high note? There are more and more churches in the OR-ID UMC Conference who are considering becoming a more welcoming, open, affirming, or Reconciling church, being and becoming a sanctuary, a safe place, for LGBTQIA+ people of faith. On a low note, because of COVID 19, the General Conference did not happen. The harmful, exclusive language towards "homosexuals" is still part of the constitution of the church. This is where decisions are made that effect the entire church. A lot of us had a lot of hope in a good change that could be the future of the UMC in 2020. Interesting legislation was drawn up and passed around, finding support in many parts of the church, leading a way forward for one and all. Instead, everything is still kind of frozen in place in terms of legislation. There is much hope, and some anxiety among some, that the 2021 General Conference and 2024 will provide a map, highway, and exits that will help congregations, districts, conferences, regions, and jurisdictions forward.

What we know from the biblical story, while Mary may have found herself in a season of pondering early in Jesus life, there was a point in her adult son’s life that she did not have the luxury of the action of pondering or active contemplation. She finally had to act, for the good of her son and the common good of all who followed him, which was probably all informed by her season of deep wonder and active pondering. Like Mary, we may take this God-given moment, in the midst of a pandemic, to actively ponder the future of the UMC, because before we know it, 2021 and 2024 will be here, and action and decisions will be made that will set the church’s course for its future days.