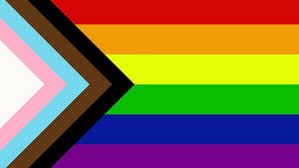 Dear Church (Yes, that is Church with a big “C” so I mean universal Church),

In this Pride month, on Friday, June 12th, and on Monday, June 15th, two important decisions were made by parts of the federal government--the executive and legislative branch, and judicial branch--which the Church should sit up and take notice of, because it is going to have an impact upon the life of congregations. Remember, the decision made by the Supreme Court of the US (SCOTUS) to allow same-sex marriage to be the law of the land forced the Church to re-consider marriage in the context of our respective faith communities, whether our denominations honored such a wedding or not. Likewise, because of the decision of the SCOTUS to make “LGBTQ+” part of Title VII, which is part of the Civil Rights Act of 1964, under the umbrella of “sex,” in which no one can fire someone because of their sex/gender, the Church will have to deal with the changes in the surrounding society, and its impact upon the politics of the Church.

First, the decision of the federal government to roll-back protections for transgender people against sex discrimination in health care, which was put in place by the previous administration of President Obama. As columnist Ricardo Alonzo-Zaldivar reported in US News and World Report, “The Department of Health and Human Services said it will enforce sex discrimination protections ‘according to the plain meaning of the word ‘sex' as male or female and as determined by biology.’ This rewrites an Obama-era regulation that sought a broader understanding shaped by a person's internal sense of being male, female, neither or a combination. LGBTQ+ groups say explicit protections are needed for people seeking sex-reassignment treatment, and even for transgender people who need care for common illnesses such as diabetes or heart problems.” This administration has already made moves to deny transgender people a place in military service, said that homeless shelters should only accept people into their services based on the sex assigned to them at birth, and concluded in 2017 that transgender people are not a protected class in terms of facing discrimination at work.

We, as a Church, should be outraged. This is where we resist evil, when anyone is treated less than equal. Everyone deserves to be treated with respect not only according to or because of the law, but as part of the human race, and created in the image of God. The reason so many of us are starting to state our gender or personal pronoun preference is because we are beginning to understand that gender matters in how we know ourselves and are known in this world. I'm still waiting to hear the protests, the letter writing campaign by church folks to legislators, and raising this issue to elected officials by members of the Church. So far, silence. And that silence is deafening.

Second, after the challenging news of Friday, June 12th, the news from SCOTUS on June 15th was a total surprise, and a joyous, good surprise, and a monumental “win” for the LGBTQ+ community in terms of discrimination against us in the workplace. As I read the news, I remember the story got my attention as I heard it on National Public Radio. I found myself smiling, then laughing, and then whooping and running to tell my partner Christian about the good news. As someone who had been let go from a position I cherished because I am gay, this was incredibly good news. As reported by Pete Williams of NBC news” “By a vote of 6-3, the court said Title VII of the Civil Rights Act of 1964, which makes it illegal for employers to discriminate because of a person's sex, among other factors, also covers sexual orientation and transgender status. It upheld rulings from lower courts that said sexual orientation discrimination was a form of sex discrimination.”

This, too, will have a large impact upon the Church, though the Church doesn't know it yet. Even though there is clearly separation of “church and state,” nonetheless, what happens in the larger society trickles and seeps into the life of a denomination and shapes the practices, or in this case the hiring practices, within a denomination. I've already raised this as an issue to be taken up by the General Assembly of the Presbyterian Church USA in 2022. Because of the influence of Title VII, most mainline Protestant denominational churches, as employers, are not allowed to discriminate against anyone because of a person’s sex, race, or disability: because, like society, it is showing a lack of respect for a person as a human being, in which we would add, who is part of God’s good creation. Everyone should be treated as equals, and valued for who we are, as part of God’s good creation. Again: we are all created in the image of God. Sooner or later, this SCOTUS decision will be part of church law as well.

Needless to say, within the context of the United Methodist Church, along with dealing with the issue of the ordination of LGBTQ+ people, and same sex marriage, the UMC will also need to consider hiring practices on all levels of the church bureaucracy and LGBTQ+ people, and these matters are addressed in the Book of Discipline and the social principles of the church.

It is the middle of Pride Month! I can’t wait to see what else will happen in this month along with these decisions being made on a federal level as we struggle for justice for all, especially remembering that black lives matter, and that black transgender lives matter as well.