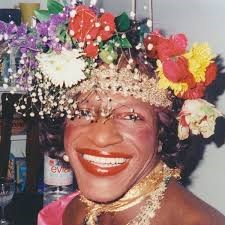 June is “officially” Pride Month in the United States. The usual salutation is “Happy Pride!” as we see and great each other within the LGBTQ+ movement.

In a pre-COVID-19 world, we would be getting ready for all the Pride parades, lunches, parties, festival booths, picnics, and firework displays. Rainbow bunting and flags would be festooned everywhere in large cities and small towns across the US. And in my role as both organizing pastor of Community of Pilgrims Presbyterian Fellowship and the LGBTQ+ Advocacy Coordinator of the OR-ID UMC Conference, based in Portland, I would be touching base with all the churches that wanted to march in Portland’s Pride parade, while getting in touch with other venues in other cities and towns in Oregon and southern Idaho about our churches and groups being represented in those celebrations.

But in a COVID-19 pandemic world, that’s not happening. Social distancing, masks, hand sanitizer, and “no groups larger than 10” or more is the rule of the day for beating back COVID-19.

Along with COVID-19, there have been the murders of Ahmaud Arbury, Breanna Taylor, and George Floyd (to name a few people). A new inflection point, a timely pivot, a watershed moment in the story of the United States has taken place, again. In the form of peaceful protests, and sometimes, riots. Again. Black Lives Matter or “BLM.” The nights after nights of mass protests, regardless of COVID 19 precautions, has been stunning for all of us to watch, hear, and feel. Riots and protests are taking place in Portland, Eugene, Salem, Medford, and Boise.

At this touchstone moment, the words of Martin Luther King, Jr., are spot on: “A riot is the language of the unheard.”

This astute observation was made by King in an interview with CBS’s Mike Wallace on September 27, 1966, when King was asked about the rise of protests and riots in the black community of this nation. King said to Wallace, “And I contend that the cry of ‘black power’ is, at bottom, a reaction to the reluctance of white power to make the kind of changes necessary to make justice a reality for the Negro,” King said. “I think that we’ve got to see that a riot is the language of the unheard. And, what is it that America has failed to hear? It has failed to hear that the economic plight of the Negro poor has worsened over the last few years.”

“A riot is the language of the unheard.”

This month, I’m going to spotlight those voices in the LGBTQ+ community, both in and out of communities of faith, who were part of the riot of the LGBTQ+ movement throughout the last century and this century, who have made changes. I was reminded of the art and practice of protest and riot in light of the new of the late-Larry Kramer, who single-handedly rioted and protested with his writings, his speeches, and his work to create health clinics for LGBTQ+ people who were HIV poz, and the ACT-UP movement itself, along with many others. The reason I'm writing this blog, on a United Methodist platform, is because there was a riot, and the language of the unheard, namely LGBTQ+ people, was finally heard.

One of the momentous inflection points in LGBTQ+ history is, of course, the riot at the Stonewall Inn in New York City. History records this riot as an inflection point, a turning point moment, that brought us not only a voice in the LGBTQ+ movement, but brought about the first Pride Parade, which was itself a protest before it became a glamorous affair to be part of.  Indeed, the reason that LGBTQ+ clergy exist, and we demand to be treated as equals with our non-LGBTQ+ clergy, is because of the Stonewall riots.

The person: Marsha P. Johnson. The “P” stood for “Pay it no mind.” She was born in 1945 in Elizabeth, NJ, and knew she was a woman since her birth, and started wearing dresses when she was 5 years-old. In today’s vernacular, Marsha was transgender. She also had a religious streak, and said that “Jesus was the only man I can trust. He listens to all my problems, and never laughs at me.”

When the Stonewall riots erupted, legend has it that Johnson threw the first shot glass that was heard around the world. She was also likely the first person who resisted arrest by the police that night as well.

While Stonewall Inn was a cheap and easy place for LGBTQ+ to congregate, there was always a tension at the Inn between the raids by the NYC police and the patrons of the bar over the issue of alcohol on the premises, or at least, in part because of the alcohol.

On June 28, police raided the bar, finding bootlegged alcohol, and arresting 13 people, including bartenders, with the charge that they had violated the state’s gender appropriate clothing statute. Fed up with police harassment (sound familiar?) and social discrimination (again, sound familiar?) the patrons and neighbors of the bar didn’t disperse as usual, and instead, fought back. At one point, an officer hit a lesbian in the head as he pushed her in the van to take her to jail (ok, familiar, yes?). Within minutes, a full-blown riot began, and the rest, as they say, is history.

On June 28, 1970, one year later, there was a mass protest, a march, in NYC, called the “Christopher Street Liberation Day” march, from Stonewall Inn to Central Park, which, in hindsight, became the first Pride Parade. Or as we say in the LGBTQ+ community, the first Pride Parade was a riot.

A riot is the language of the unheard.

Can you hear us now?