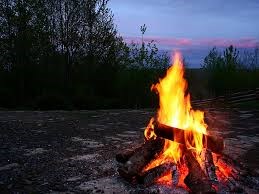 On Sunday afternoon, Aug., 18, 2019, after a weekend together with each other, I drove a van full of queer young adult campers to a restaurant in Redlands, just down the “hill” from Camp Sky Meadows in the San Bernardino Mountains, where we were all part of Queer Pride Camp, a first camp of its kind in the United Methodist Church’s Western Jurisdiction. Twenty-six all-queer campers and eleven staff—all the camp leadership staff were queer—had a fabulous time together in this beautiful setting for three, glorious, sunny days. All of us began talking and laughing about the liberating experience we just had for the last three days as part of the Queer Pride Camp!

On the one hand, this was a camp like all the other camps I’ve been a part of since I was in youth groups at Beaverton High School, OR. We gathered together for opening rites of passage on Friday night, with too-many naming games to count, and small group time, followed by a speaker—Jeff “JJ” Warren—and time for S’mores around a camp fire, singing old camp fire songs by guitar that are as old as I am now. On Saturday, there was more time together with worship and small group time, followed by an afternoon, in which we were free to go to the pool, participate in an arts and craft time (I made a bird box), chose a drama workshop, a hike, or took a nap in the shade. That evening, we had time for small group time, and a “coffee house,” which was a lower-key talent show.  Our time together concluded with worship on Sunday morning and small group time, and then we bid “adieu” to one another, with promises of keeping in touch and "see you next year!"

On the other hand, while I knew some of the campers and staff before we met at camp, like at various Reconciling meetings and Annual Conference gatherings, what made this time together so wonderfully different was the context in which we met. Call it the camp factor, which was a moment of “creative dislocation.” Kevin Witt writes that creative dislocation “moves people into settings, relationships and dynamics intentionally different from the norm, in order to enhance the potential for transformation. The unfamiliar heightens our awareness and attention because it is intriguing, less predictable, and in some ways more challenging. Our emotions get engaged, too, enabling us to better remember and thus tap into the experience and the growth it provides long into the future.”*

This creative dislocation effected not only the campers, but also the camp staff, as we found ourselves experiencing some freedom to be who we were created to be along the LGBTQ+ spectrum of sexual orientations, in this all-queer United Methodist Church gathering that we don’t experience in our churches, our college groups, our Conference Centers, or our Annual Conference gatherings. None of us felt we were having to teach or advocate or coach people on the politics of being LGBTQ+ in the Church or the work environment, in which, most of the time, we are the token LGBTQ+ person.

One of our queer campers from Oregon-Idaho Conference, Estaban Galan from Boise, wrote this about his camp experience at Queer Pride Camp: “I realized this was the first time we had a gathering with queer folks in church where we were not asked to advocate, protest, or educate…often in religious or church spaces, especially in the UMC, queer folks are always asked to do work, for the greater church, to educate the masses about our queerness, but we are always still not understood or we are kept from the table of leadership. We don’t often just gather in communion as queers, to play and sing. It brought rest to weary souls to have a queer dominant space all the way through to leadership, (which was) a holy and healing space. Not once was I asked to explain myself or my story. I was already understood, loved, and wanted.  This cannot be the last camp. I hope it’s the beginning of a camp series for young adults, adults, and students. This space will save so many lives in body and spirit.”

And from another queer camper, Carter Lybeck (Idaho Falls) of the OR-ID Annual Conference: “It was a place of worship in which changing the lyrics of hymns to make them queerer was not only accepted but celebrated.  Chaotic ‘Hamilton’ (the musical) karaoke and quiet discussions about gender identity co-existed in the same space where we took (Holy) communion and remembered our baptisms. We talked about the differences between being welcomed, being wanted, and being needed.  We talked about the hypocrisy of the UMC, present even within the baptismal covenant. Queer (Pride) Camp was somewhere we could be frustrated, angry, and scared. It was a place where we could have frank discussions about what we saw for the future of the UMC.  It was a place where we lifted each other up and reminded one another that we are not in this alone.”

Creative dislocation worked wonders for us all. It revealed that God in Christ’s Spirit blessed us queer campers and staff of Queer Pride camp with a sense of renewal, enlivening a sense of hope for our individual and collective future, whatever that future may hold for each and all of us. With this blessed-time away from the ordinary, in a different context of the camp, we all came away with new insights, clearer priorities, and renewed courage in being who we the Creator created us to be in the world and church in which we live proudly and without apology as queer people of faith. And each of us were ready to plan for the next Queer Pride Camp, which will hopefully be held for high schoolers in 2020. May it be so.  Amen.

* Thanks to my friend Todd Bartlett for sharing the term "creative dislocation" with me re: camp experience.