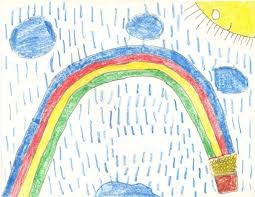 One of the news items that received much buzz on social media, e.g., news websites like Huffpost, Daily Kos, Joe My God, CNN, MSNBC, BBC, along with main stream press/media like network television was the rare appearance of Queen Elizabeth. The Queen gave a rare addresses to her nation and the Commonwealth. It was outside of the usual end of year/Christmas addresses, which is to be expected annually. There have been only five times during her reign that she has given such a comforting address to a scared, tired, and worried nation.

The Queen said, “I hope in the years to come everyone will be able to take pride in how they responded to this challenge, and those who come after us will say the Britains of this generation were as strong as any, that the attributes of self-discipline, of quiet, good-humored resolve, and of fellow feeling still characterize this country. The pride in who we are is not a part of our past, it defines our present and our future.” The Queen hoped that at this moment in time, what will be remembered “as an expression of our national spirit, and its symbol will be the rainbows (my emphasis) drawn by children…"

"Across the Commonwealth and around the world, we have seen heartwarming stories of people coming together to help others, be it through delivering food and parcels and medicines, checking on neighbors, or converting businesses to help the relief effort…we should take comfort that while we may have more sill to endure, better days will return. We will be with our friends again. We will be with our families again. We will meet again. But for now, I send my thanks and warmest good wishes to you all.”

The charged, emotional and hopeful sign of rainbows, as a symbol of a better future that comes at the end of a worrisome rainstorm with the light of the sun shining through the glass-like prism of rain droplets, is as old as the Bible. Towards the end of the Noah story and the great flood, God addresses those who remained alive through it all, according to Gen. 9:13-16 NRSV: “I have set my bow (rainbow) in the clouds, and it shall be a sign of the covenant between me and the earth. When I bring clouds over the earth and the bow is seen in the clouds, I will remember my covenant that is between me and you and every living creature of all flesh; and the waters shall never again become a flood to destroy all flesh. When the bow is in the clouds, I will see it and remember the everlasting covenant between God and every living creature of all flesh that is on the earth.”

Because the rainbow has now been named by the Queen as a symbol of hope, with countless school-aged children around the world drawing and constructing rainbows out of all kinds of materials and displaying them in various places in the United Kingdom as a symbol of hope in this ago of COVID 19 pandemic, because the rainbow also represents the hope of the LGBTQ+ community, and because the rainbow is also a sign of hope from the Bible/Hebrew Scriptures that points to the everlasting covenant between God and creation, I would like to suggest that churches use more rainbows this Easter!

Instead of wearing and parading around with the liturgical white which is commonly used on Easter when it comes to a church’s paraments and clergy stoles, when clergy and whom ever are videotaping or using zoom in a house, chapel, or sanctuary, use rainbow paraments and stoles on April 12, 2020. Why? Because this Easter is Rainbow Time! Let’s show our “hope” as a people of faith, using rainbow paraments and stoles this Sunday. For the risen Christ is our hope, with the Spirit accompanying us forward unto God who is our future.