Greater NW Pride: The Next Day

Greater NW Pride: The Next Day 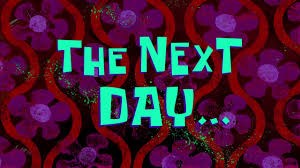 For most of this week, I, along with every other United Methodist in the world, have been reading and listening to the comments being made about one of the latest plans presented for the upcoming General Conference in 2020. The Protocol for Reconciliation and Grace Through Separation that was revealed last week has received a lot of news of late. It has had fairly favorable reviews from many people in the United Methodist Church on my Facebook page and other social network websites I read daily, from the various factions in the UMC, and from people in power to those who are simply lay members. Of course, there is already the New Denominations of United Methodism (Indianapolis Plan), New Expressions Worldwide (UM Forward), Next Generation UMC (UMC Next), and US Regional Conference (Connectional Table). I have no doubt that, at the end of General Conference 2020, there will be a slight change in how we understand the United Methodist Church, and the direction the UMC is going to be going.

The question is: what will happen the next day after the decision is made?

Whether one calls it a “graceful exit,” or “dissolution,” a “schism,” a “divorce,” a “separation,” no matter which  verbiage we use, the next day, some of the very same characters who were with us before the decisions made in General Conference in 2019 and 2020 are still with us today, and will be with us the next day.

It reminds me of my divorce: after the papers were signed, and I had moved out of the family home to a small studio apartment, I was still a dad, was now a former husband, was still gay, and life continued to move forward. There was the next day.

So, what will happen the next day or month or year after the United Methodist Church makes or chooses a plan?

I can say, without doubt, that there is much work to do in making common ministry of the church between LGBTQ+ people and non-LGBTQ+ people in the OR-ID UMC Conference. For example, there is still a lot of work to do and be done in terms of building up the number of Reconciling churches, or churches that at least broadcast that they are nice, open, welcoming, and affirming of LGBTQ+ people. Currently there are 44 groups in the OR-ID that are Reconciling, with 35 of those “groups” identified as churches. We have over 170 churches in this Conference. And it takes awhile for some churches to make those decisions, regardless of which part of OR or ID one resides.

The next day, month, or year, there is much to do in United Methodist churches in the OR-ID UMC Conference.

I was reminded of the work of education before us the other day, in talking to a lay member of one of our churches. To protect identities, no identifiers will be given. Just “a lay member” of a church called to find out if I would come and talk to one’s church. The person had recently moved into the area from a Reconciling church, with LGBTQ+ out-clergy and members. I asked the person to let the pastor know I’d be open to coming out for a Sunday lunch or coffee time with members of the church if they had any questions about Reconciling, being welcoming of LGBTQ+ people, or discern where they were in the process of welcoming LGBTQ+ people. The lay person was thankful. Yet the layperson hesitated a little bit because this person found out that other members of the church are scared of being considered or enter the process of becoming a Reconciling church for fear that the District Superintendent, Bishop, and Cabinet would then appoint an LGBTQ+ out clergy person as their pastor. They didn’t want an LGBTQ+ clergy person as their pastor. Nope. Not ever. Not in this lifetime.

So, the next day, after all is said and done in May 2020, there is much ministerial work to be done in OR-ID UMC churches, one church at a time, in the hope of being a Conference of UMC churches that welcome all.