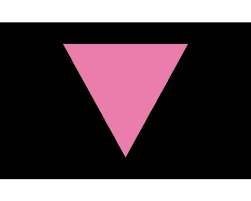 Now and then, when working with a group on LGBTQ+ issues and the United Methodist Church, often one of the questions that emerges is, “Where did the pink triangle come from to represent the LGBTQ+ community?” Today, the pink triangle is a sign of LGBTQ+ identity, power, and pride. It was a symbol that was adopted in 1970 as a way of identifying our liberation and freedom to be the people God created us to be, without apology. I have plenty of pins, t-shirts, pamphlets, and books with the image of the pink triangle plastered on the items.

The pink triangle’s roots are to be found in the concentration camps of Nazi Germany in the 1930. Being gay, a.k.a., being a “homosexual,” was technically made illegal in Germany in 1871. With the rise of Nazi Germany, 50,000 gay men were arrested, and between 5,000-15,000 were sent to concentration camps. The primary way of killing gay men was by torture, including hard labor and little sustenance, as well as physical acts of torture to men’s bodies. All inmates lived under the permanent threat of being beaten or raped or killed by guards, as well as violence between inmates.

On the prison uniform, the codes for who was who among the imprisoned was as follows: yellow stars for those who were Jewish; brown triangles for gypsies; red for political prisoners; green for criminals; blue for immigrants; purple for Jehovah’s Witnesses; black for “asocial” people, including prostitutes and lesbians.  An estimated 65% of gay men in concentration camps died between 1933-1945. Even after WW II, both East and West German upheld their respective country’s anti-LGBTQ+ laws, and many gays remained in prison until the early 1970s.

According to history.com, in 1972, The Men with the Pink Triangle, was the first autobiography of a gay concentration camp survivor. In 1973, the Homsexuelle Aktion Westberlin (HAW) reclaimed the pink triangle as a sign of freedom and LGBTQ+ liberation. In 1986, the Act-Up activist, who were fighting for the medicine to prevent HIV/AIDS, used the pink triangle with the words “Silence = Death,” calling attention the HIV/AIDS crisis which was an epidemic. In the case of Act Up, the triangle tip was pointed up as a sign of gay activism. Today, the pink triangle is used across college and university campuses as a sign of “safe spaces” and “safe zones” for LGBTQ+ people. And, of course, Nike used the pink triangle in their shoe collection for Pride Month (June) in 2018.

This past Monday, January 27, was Holocaust Memorial Day. It is the day that marks the anniversary of the liberation of Auschwitz-Birkenau, the largest Nazi death camp. On the one hand, let us remember those LGBTQ+ who were imprisoned and tortured simply because they were LGBTQ+ in Nazi Germany.

On the other hand, let us remember that our liberation and freedom, as LGBTQ+ people of faith, is still not realized and actualized among all communities of faith today, including in the United Methodist Church, the Southern Baptist Church, Mormons, the Roman Catholic Church, many Eastern Orthodox Churches, to name a few. There is still the practice of psychological/emotional, intellectual, physical, and spiritual abuse within the Church, as well as other communities of faith. The hate and fear that conspired to torture and kill LGBTQ+ in Germany's Holocaust, causing the imprisonment and torture of LGBTQ+ people in Nazi Germany, still lives on in the hearts, minds, and bodies of people today in power around the world, both in communities of faith and secular contexts. We, who are LGBTQ+, are still looking forward to the day when all LGBTQ+ people will be free to live lives no longer afraid of being treated as second class citizens, but able to live lives unencumbered by the current oppression many of us suffer at the hands of the majority of non-LGBTQ+ people. We still have lessons to learn from our forbearers of Nazi Germany as we still look forward to that day of liberation and freedom for all come soon, in which we can openly celebrate and recognize those of us who are LGBTQ+ and non-LGBTQ+ are created in the image of our Creator God.

Let us remember the story of the pink triangle today in our work as the Church as we do justice, practice loving kindness, and move humbly with God all the days of our lives.