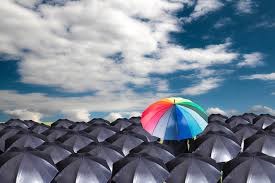 This game came to mind when I heard about the great judicial ruling last week regarding the legal status of a child adopted by a gay couple. The article reminded me how we who are LGBTQI2S+ are different and not like those who are non-LGBTQI2S+ families in how our government treats us. Alike, in that we are parents, different in that one couple is same sex.

And that matters in this world.

This is the story by Trudy Ring of the Advocate: “A federal court in Georgia ruled Thursday (Aug. 27, 2020) that the U.S. government must recognize the citizenship since birth of Simone Mize-Gregg, who was born two years ago to a married same-sex couple, and issue her a passport.

The State Department had refused to recognize Simone as a U.S. citizen, even though both of her parents, Derek Mize and Jonathan Gregg, are citizens, and children born abroad to heterosexual married U.S. citizens are automatically considered citizens themselves.

But the State Department considered children born abroad to married same-sex couples to be born out of wedlock and denied birthright citizenship to them, saying citizenship at birth requires a biological relationship with both parents — even though it does not seek proof of this for opposite-sex couples. Simone was born via surrogacy in England; the family now lives in Decatur, Ga.”

This story piqued my attention because my daughter was born in England when I was doing doctoral research in London, England. I was then in a marriage with a woman. When she was born, all her birth certificate material and registration of her birth had to be filled out in several offices in and around London. In order to get our daughter out of England and back to the States we had to get her a passport, which included a photo and all. It is a cute picture, even today. We got the passport with no problem and no hassle in a matter of days.

Then again, we weren’t a same-sex couple. We were a heterosexual couple.

And that matters to this State Department. That makes all the difference in the world.

Call this a “micro aggression.” Or call it aggression towards LGBTQI+/same sex couples who are same sex parents.

As I’ve blogged about before, I got a taste of the world as a heterosexual for a good ten years before I became a gay dad.

Differences like this are both stunning in large and small ways. And differences still remain.

Here’s the situation: folks in middle class, modern, largely cisgender, heterosexual or non-LGBTQI2S+ people of faith and no faith, and mostly able body, see, hear, and treat LGBTQI2S+ people and our families differently. In the Pacific NW. In Portland, Oregon. In our suburbs. I am daily reminded that we, who are LGBTQI2S+ and our families are “different” than many of you who are reading this blog and non-LGBTQI2S+. That’s fine. Just know not only are we different in our orientation, sexually. We are treated differently, too. And sometimes, that’s not OK.

For example, I’ve heard my partner Christian and I referred to as a “same sex couple,” not as a couple. Alike and different.

When walking together, hand in hand, in Cook Park (Tigard) and other parts of Portland we’ve gotten cheers and “You go, men!” from anonymous people, or as one LGBTQI2S+ person said the other day when walking through the park, seeing us hold hands together, “I’m glad there is more than just me in this neighborhood.”

And there are national networks of pre-school programs and “my morning out” programs that are located in many of our Portland churches that are conservative in nature who, in their “theological statement,” lift up “marriage is between one man and one woman.”

Heck, we need signifiers like rainbow flags and plaques and stickers on churches to know which church is safe and not safe for us LGBTQI2S+ to attend.

There is a difference of how we, who are LGBTQI2S+, apply for passports for our children; try to get health care as a “partner” in a long term relationship and not as a “husband” or “wife”; how we are treated if we are transgender and serving in our military service or seeking health care; are considered differently for jobs in various vocations, especially in the ministry; are seen in pre-school programs as a parent or guardian; and how we are known when walking in a city park.

I’ll keep pointing these things out. For those of you who are not LGBTQI2S+, you’d be amazed.

Just the latest from the war-like trenches in the struggle for equality and justice, even in the Pacific NW.

We are alike because we are all created by God, in the Creator’s image.

Can you tell how we are different?

After all, we are beloved by God, just as we are.