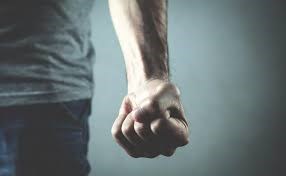 In opening up Facebook, reading the New York Times and Washington Post,  watching CNN and MSNBC, listening to NPR, and reading towleroad.com and joemygod.com on a fairly regular basis, I was struck by the presence of violence upon LGBTQ+ people that is a constant in our life as queers in straight American society. There is the physical, emotional, and religious violence that is perpetrated on us daily. In other words, the violence is systemic. It is the in the very institutional-cultural systems in which we live our lives daily and cannot be dodged or ignored. It is just a reality. A fact of life. It is part of the hate still foisted upon us. In the end, those of us who are LGBTQ+ know that love will win, but in the meantime, these are violent days in which we live.

For example, consider the death of Bee Love Slater, who was 23 years old when she became the 18thtransgender person known to have been killed in the United States this year. Bee’s body was found burned beyond recognition, inside an abandoned car in Clewiston, Florida on Sept. 4, 2019. Her death is being considered a homicide, because they have no evidence to suggest that her death was a result of a hate crime…yet. Then there is the death of 55-year-old Bubba Walker, a transgender woman, who died in a house fire in Charlotte, NC, on July 27, 2019. She would be the 20thtransgender person known to be killed in the US this year. And all but one has been a woman of color.

In regards psychological violence in the form of conversion therapy, Sean Comie, 23 years-old, came out as a gay man in spring 2019.  On Sept. 8, 2019, His family asked him to attend worship service at the First Assembly of God Church in Blackwell, Oklahoma, along with his partner, Gary Gardner. This is where Sean was then allegedly thrown to the floor by his stepfather, held down and punched as people prayed over him “in tongues,” in an attempt to “pray the gay away” as the preacher preached against “homosexuality,” being told “it’s a sin, it’s an abomination, you need to realize, wake up, and see it for a sin.”

In our politics, violence is in the speech and legislation enacted by politicians. For example, on a recent trip to Ireland in September 2019, we were recently reminded that Vice President is virulently anti-LGBTQ+ as he sat down and visited with Irish Taoiseach Leo Varadkar, who is gay. Pence has a track record of supporting anti-LGBTQ positions, stated that same-sex marriage is a sign of “societal collapse,” and as governor of Indiana, signed legislation that could legalize discrimination against LGBTQ+ people.  Such politics are express a violent position towards LGBTQ+, reducing us to second class citizens.

In our businesses: While we who are LGBTQ+ may marry one another, we still are not guaranteed protection against discrimination in employment opportunities, in housing, or in medical care, or business. For example, in Arizona, the state Supreme Court ruled on Sept. 16, 2019, that a shop of calligraphers can choose not to write wedding invitations for LGBTQ+ couples. Bakeries are being given the green light to discriminate against LGBTQ+ couples because of “religious convictions.”  By the way, people of color will be next in terms of being discriminated against because of "religious convictions." Again. And again.

In religious circles, violence is perpetrated among communities of faith against LGBTQ+ people. on September 18, 2019, President Russell M. Nelson, the leader of the Church of Jesus Christ of Latter-day Saints reaffirmed the religion’s opposition to same sex marriage, saying God’s law dictates that marriage is restricted to unions between a man and a woman. In April 2019, Franklin Graham suggested that Mayor Pete Buttigieg should repent for being gay, saying that being gay is a “sin, something to be repentant of, not something to be flaunted, praised, or politicized.” And the United Methodist Church, February 2019, officially reinforced and re-committed its support of the statement, “homosexuality is incompatible with Christian teaching,” and “no self-avowed homosexuality” should be ordained.

It is all violent. Hate. It hurts. It is scary. I am afraid some days for my and our lives. This is the systemic presence of violence in thought, word, and deed, against LGBTQ+ people by straight cisgender people in modern American society. It is unrelenting. It is perpetrated against us minute by minute, day by day, week by week, month by month, year after year. Notice the examples that I provided above: they were either this month or this year. This is what it is like to be queer in the United States today.

Yet at the end of the day, I rest upon the faith in which I am reminded by the community of which I am a part of that love wins in the end. “Let us love one another, for love is from God, and whoever loves has been born of God and knows God. Anyone who does not love does not know God, because God is love” (1 John 4:7, 8). In the end, love wins. Love is not violent. Love is of God. These acts of violence are not of God, or godly people. They are people who do not know God or God’s love. Love wins.