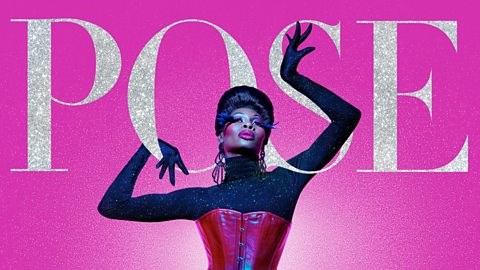 What Pose Teaches Us About Being Church

On Tuesday, Aug., 13, 2019, I read a Facebook entry by the Rev. Anna Blaedel—an openly queer United Methodist minister—who was facing an investigation and possible trial by the Iowa Annual Conference into her ordination because homosexuality is incompatible with Christian teaching, and she is a “self-avowed and practicing homosexual” (Book of Discipline, Paragraph 2702.1[b]). In all honesty, as an openly gay Presbyterian pastor, I even cringe as I type these words. The Committee on Investigation into these charges did not dismiss the charges but voted to refer the bill of charges to trial, based upon the stated-above infraction with the Book of Discipline.

The response on Facebook to the decision to go forward with a trial was swift and emotionally powerful.  All the comments, emojis, and other Facebook signs and symbols of support flooding the posting and re-posting of this news were incredibly supportive of Anna. Such an out-pouring of shock, hurt, love, and support from other LGBTQ+ clergy from the UMC and other denominations, along with lay leaders and lay members and non-church folks, and straight allies, hopefully brought some comfort and hope.  But there is still a church trial ahead for Anna Blaedel, whose “crime” is, at the end of the day, being created by the Creator as a queer person of faith.

Anna is not the first, and sadly not the last person in the UMC who will face such church-investigations and charges. There will be more investigations and trials because a person is out and openly LGBTQ+ and ordained and serving a UMC church, or may be a straight ally who officiated a same sex wedding.

What I’ve also witnessed as the LGBTQ+ Advocacy Coordinator in the OR-ID Annual Conference, is the presence and increasing support of out-LGBTQ+ clergy, lay leaders, and lay members in the UMC, both within the Reconciling Ministry Network, but in other informal ways. And this is not only good, but crucial in order for the UMC church—and other churches in other denominations—to go forward as fully integrated communities of faith. For this is an opportunity for faith communities to learn what it means to be, truly, a community of resistance, a community of radical Christians, but a community of love.

Currently, on television, on the Netflix/FX networks, there is a fascinating series, simply titled “Pose!” that provides our respective communities of faith a model of being a radical community of love as well in this time when we are called to be community of hope with one another (Just a note about Pose: this show is not for children, as the language and some scenes are “R” or “mature content” rated.) A synopsis from the FX website about “Pose”: “Pose is a drama spotlighting the legends, icons and ferocious house mothers of New York’s underground ball culture, a movement that first gained notice in the 1980s. Pose features the largest cast of transgender actors in series regular roles…the drama also features the largest recurring cast of LGBTQ actors ever for a scripted series.

Upon receiving an HIV positive diagnosis, Blanca Rodriguez (one of the main characters) is forced to confront her mortality and dedicates herself to leaving a legacy…Blanca starts her own ‘house,’ a self-selected family that provides support to LGBTQ youth rejected by their birth families, (which) becomes a haven for anyone searching for a home.

Three years later, it’s 1990 and the ball scene is being exposed to the mainstream for the first time…and the AIDS crisis continues to ravage the community and the reaction from a group of activists reaches a fever pitch.”

These “houses” on Pose, with their self-selected family members who are LGBTQ+ and many who are HIV positive (aka: HIV poz), portray a way of being a community of love and support, with challenges and threats, where hope survives and thrives. These are the households that emerged in the 1980s. And it is these households of Pose that present a way of being community with one another today, through good times and challenging times, moments of celebration and instances in which the status quo must be challenged. The households present a paradigm for community life that we need as churches as we struggle for safety and sanctuary, equality and love, as LGBTQ+ people and HIV poz people in our congregations. The need and desire for community continues to be a great need among groups of LGBTQ+ people today, as well as among those who have been diagnosed as HIV positive or living with AIDS, whether a person is straight or LGBTQ+, because the Church has not been there for many of us. Indeed, the OR-ID UMC Annual Conference sponsors an annual summer retreat for those persons diagnosed as living with HIV/AIDS: “Strength for the Journey,” inviting people to gather together and be part of a supported, loving, and accepting community.

That’s what is being called forth in the days to come in the United Methodist Church: ways that we can be a radical community of love with one another. As there are more investigations and trials to come in the UMC, this is a time for us to be a community of faith in ways we may not have contemplated before, but will be called to consider, and perhaps, enact.

This radical love, as lived out by Jesus in his ministry, and by the actors in Pose, is best described by the late black, gay writer, James Baldwin, who wrote this: “Love takes off the masks that we fear we cannot live without and know we cannot live within. I use the word ‘love’ here not merely in the personal sense but as a state of being, or a state of grace—not in the infantile American sense of being made happy but in the tough and universal sense of quest and daring and growth” (From The Fire Next Time).

As Anna awaits her trial in Iowa, let us continue to support her and her community in prayer and other ways of support. Closer to home, let us prepare ourselves and our churches to be such communities of love with one another like the households in Pose. Let us welcome and integrate all of us who are LGBTQ+, and those diagnosed as HIV poz and/or living with AIDS, alongside our straight, cisgender, allies. This is our time to be body of Christ together, and grow together in the Spirit of God as a community of hope for one and all.