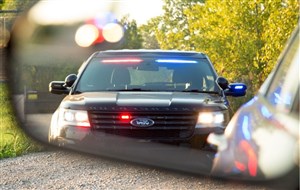 “White skin privilege is not something that white people necessarily do, create or enjoy on purpose. Unlike the more overt individual and institutional manifestations of racism…white skin privilege is a transparent preference for whiteness that saturates our society. White skin privilege serves several functions. First, it provides white people with “perks” that we do not earn and that people of color do not enjoy. Second, it creates real advantages for us. White people are immune to a lot of challenges. Finally, white privilege shapes the world in which we live — the way that we navigate and interact with one another and with the world.” {From White Anti-Racist Activism: A Personal Roadmap by Jennifer R. Holladay, M.S. (Crandall, Dostie & Douglass Books, Inc., 2000)}

One of the most challenging experiences of my life was when I was riding in my college friend’s car at night in a residential neighborhood of Salem. We were looking at rental houses from a realtor's list (this was pre-Zillow). I was searching for a place to live that summer. We were weaving in and out of busy streets and side streets. Soon we picked up a tail, an unmarked police car – of which I was unaware until my friend said, “We’re goin’ get pulled over. Remain calm and don’t make any quick moves. Be polite and do what you are told.” It sounded like a rehearsed speech and I thought he was joking until the lights flashed and the car pulled in front of us. Two officers emerged with hands on holsters and ordered us out of the car. I saw my friend place his hands visible on the steering wheel and then watched him move very slowly and carefully to unbuckle and open the door. I followed his lead. We were ordered to assume the position on the car hood and were searched. The office addressed my friend, “What are you doing casing this neighborhood?” My friend replied, “My friend here asked me to drive him around so he could look at rentals. He is looking for a place to live.” The officer looked at me and the tension eased. He asked us both for our ID and went to the car to call in to check on us. After returning to us and handing us back our licenses he said to my friend, “You might want to let him drive.” And they left. In case you haven't already surmised it from the story, my friend is black.

His father had “the talk” with him, only it wasn’t about sex, it was about being pulled over. My friend’s words to me were his father’s words to him when he got his driver’s license. The week before I had borrowed by friend’s car and done the exact same thing, cruised neighborhoods, even passing a marked police car a couple times and nothing had happened to me. For the first time in my life I understood that my experience of the world was not the same as the experience of people of color. I experienced overtly what I had lived all my life, white skin privilege.

My story is from the late 1970s and you might think we have moved beyond this kind of experience but ask your friends of color and they will tell you this is still the way they experience the world. Parents of color still have “the talk” with their kids when they get their driver’s licenses. Jennifer Holladay and others have helped me to understand functions of white skin privilege. Her examples of perks, advantages and world view have helped open my eyes to the things I do not usually see or pay attention to.

Perks are things like the “flesh” color of band aids and free shampoo offered in hotels. Both are for people like me and are not “flesh” color for all folks or formulas that work with all types of hair. My story above is an example of white skin privilege advantages. When I am told about our national heritage or “civilization,” I am usually shown that people of my color made it what it is. And this world view is reflected in many of the standard textbooks used in our schools, which widely reflect people of my color and their contributions to the world. When I look at the national currency or see photographs of monuments on the National Mall in Washington, D.C., I mostly see people of my race widely represented and celebrated.

Only recently have schools begun to require that curriculum include the vast and significant contributions of people of color to human history and civilization, to our nation and world. Thankfully, over the last 25+ years many monuments and memorials have been constructed across the US that tell the story of the contributions, the abuses, and the price people of color have paid to make our nation what it is. But still white skin privilege with its perks and advantages and world view permeate our society. There is much work to do.

I believe that God’s vision for humanity isn’t that we be color blind – that we don’t notice each other’s differences. I believe God’s vision for humanity is that we see and celebrate the diversity of people and cultures and ways of living. I think Paul’s words (so often quoted but still needing to be understood and lived) from Galatians 3:28 reflect this so well, “There is neither Jew nor Greek; there is neither slave nor free; nor is there male and female, for you are all one in Christ Jesus.”

A vital step in transforming the world – part of our vision and mission as United Methodists – is to help create a society where the mosaic of humanity is seen and celebrated, and where privilege isn’t based (if it exists at all) on the color of one’s skin. There is much we can do. If you live in Portland, I hope you will take your next visitors from out of the area to see where the Vanport neighborhood stood, and Irving Park where a race riot broke out in the 1960s, and Vancouver Street Baptist Church where Portland’s largest civil rights rallies were held, and Union Station where most of Portland’s African Americans were employed in the late 1890s; don’t forget to go to Memorial Coliseum to remember the hundreds of African Americans displaced in this “urban renewal” project of the 1950s, and make sure to go to the Expo Center MAX station and see the remembrance of the Japanese internment of the 1940s, and drive along Caesar Chavez Boulevard and Martin Luther King, Jr Boulevard and remember those who fought for inclusion.  If you are white and you live in other areas, how can you discover the history of non-white folks where you live?

Let us all let the blinders fall from our eyes and see the truth, know the real story and learn so that we can continue to transform the world into the beautiful human tapestry God hopes and dreams will be realized. 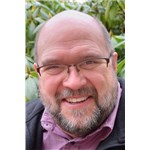