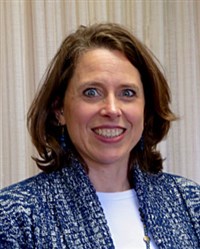 Bishop Grant Hagiya has announced his intention to appoint the Rev. Erin Martin to the position of District Superintendent for the Columbia District.

Martin currently serves as the Pastor at Wesley United Methodist Church in Eugene, Oregon. She came to Wesley first for one year as a Christian Education Director and then as Pastor since 2009, when she transferred her membership from the North Carolina Conference.

Martin’s appointment will be effective July 1, 2015, but she has already started the process of learning how the cabinet works and will participate in some of the appointment meetings along with the current cabinet.

Current Superintendent, Lowell Greathouse will be taking a new position of Conference Coordinator of Mission and Ministry on July 1.

In a new organizational pattern for the Oregon-Idaho Conference, Bishop Hagiya has also announced the Rev. Stephen Ross, Director of the Vital Church project will work with Martin in superintending the eastern end of the Columbia District. Ross previously was superintendent for that area and is working with several of the churches on revitalization efforts. Martin shared that she looks forward to working with Ross, saying, “he is well acquainted with the churches in the Gorge. I am looking forward to partnering with him as he supervises the churches assigned to him and leading them in their work toward health and vitality.”

Martin also shared that’ “I am most excited about coming alongside my colleagues in ministry, and encouraging them in the creative work they are already doing. I am looking forward to knowing the clergy of the Columbia District more deeply and dreaming with them about the future God has in store for us.”

Reflecting on the challenge of the ministry of superintending, Martin offers that, “God has been preparing me for this new ministry for years beginning with the initial Pastor Leadership Development process in 2010-2011, and then through the Congregational Leadership Development Training with the Wesley congregation in 2011-2012. I have been studying and attempting to practice church vitality for many years. While I have learned a great deal already, I know there is still much more for me to learn. 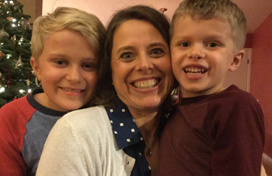 Joining Martin on the move from Eugene to Portland will be her husband, Charlie Collier and the younger two of their their four children, Elijah Martin Collier (9), and Rowan Martin Collier (5). Their other children, Krysten Kitchens (25), Katie Kitchens (23) will be remaining in the Eugene area. Charlie Collier is an Acquisitions Editor in theology and ethics at Wipf and Stock Publishers in Eugene, but will be able to telecommute from their new home in the Greater Portland Area. Martin says, “As a family, I think we are still a little shocked and grieving at the move. We don’t feel quite ready to leave the Wesley church, but we are all also leaning into this new adventure and trusting in God's provision and care as we make this wonderful transition."