Pastor Milo Thornberry's story of his time in Taiwan was recent the featured in The Bulletin newspaper in Bend. Here's part of the story and you can read the whole thing and see photos by following the link below. 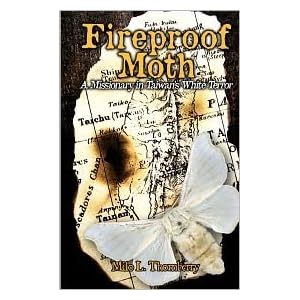 Milo Thornberry never intended to tell anyone outside his close circle about his life in Taiwan, let alone share it in a book.

The 73-year-old Bend resident, a retired Methodist pastor, said he told only a few people about his past, which is worthy of a spy thriller: smuggling cash to families of political prisoners, slipping victim names to Amnesty International, and orchestrating the escape of an internationally known scholar and democracy activist.

Thornberry feared for friends who remained. They could be arrested for having associated with him, he said, or worse.

But change has come to the island where he risked so much as a missionary in the late 1960s and early '70s. Not only is Thornberry now free to tell his tale, he said he feels it's an obligation.

“I'd like for Americans to know a little bit more about this history,” he said. “My role is only a couple of sentences in this struggle in Taiwan.”

Read the rest of the story online at The Bulletin.