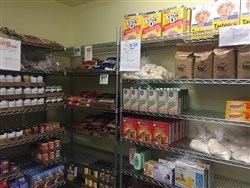 In its first year with an official staff person, the Oregon-Idaho Conference’s Abundant Health ministry has made a great deal of progress in getting people and churches connected to the concept of mental, physical and spiritual health – but more work lies ahead.

More than 40 churches across the Conference have signed on as participants in the initiative, according to Abundant Health Coordinator Marshall Wattman-Turner.

“Our goal is to create a network of United Methodist members and congregations who collaborate with one another,” he said.

A number of churches have already been working in the area of abundant health – everything from providing food pantries and community gardens to hosting mental health groups in their churches. But by designating that a church is an abundant health partner, Wattman-Turner said it’s increasing the network of churches working together and best practices for creating healthier, happier communities.

“In response to Jesus’ invitation to love our neighbor always and all ways, Abundant Health cultivates health-promoting connections to reduce suffering and increase joy: personally, locally, regionally and globally,” he said.

The year has been one of organizing members of the Abundant Health team to help direct Wattman-Turner’s work and get other churches across the Conference connected.

Wattman-Turner said he’s been impressed by the work churches are already doing and the new projects they are willing to take on, including working with organizations outside of the church willing to partner with them to improve community health. 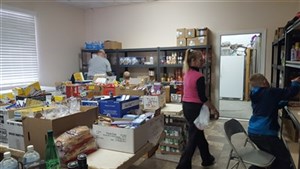 For example, he pointed out the Open Hearts Food Pantry in Rupert, Idaho, which has been partnering with the Idaho Food Bank to provide food for approximately 500 people per month. Other churches, such as Lebanon UMC, are leading discussions on mortality and grief while others are hosting walking groups.

Abundant Health worked with others to put on a training for local churches on how to respond to people in crisis.

Wattman-Turner is excited to be working on an older adult behavioral initiative in Oregon that he hopes to expand into Idaho soon, too. The focus will be on reducing depression and loneliness in older adults who often find themselves isolated and alone and are at a higher risk for death by suicide than other populations.

He is collaborating with health officials in each of the counties and working with local churches and volunteers to utilize existing community resources to make helpful connections with these older adults. For example, Wattman-Turner said many older adults living in isolation receive support from the “Meals on Wheels” program where volunteers bring meals to their homes. Perhaps those volunteers can receive additional training on how to check in on a deeper level with those folks.

The United Methodist Churches across the area would make a natural fit for this partnership with county health officials.

“Because of churches locations in isolated and rural areas they play a particular role in rural settings and with older adults,” he said.

Abundant Health is a ministry of The United Methodist Church’s General Board of Global Ministries. The global goal is reach at least one million children with health promoting measures by 2020, but Wattman-Turner said individual conferences can set their own goals and make their own priorities.

The goal in the next year is to continue building the network of churches participating and identify new avenues for improving health in local congregations and communities.