After 140 years of faithful service, Weston UMC closes its doors

After 140 years of faithful service, Weston UMC closes its doors 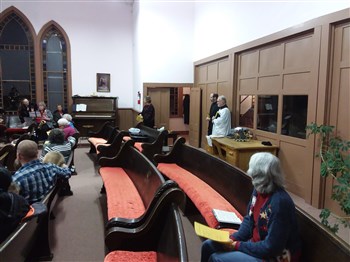 Today, few would probably bat an eye at a young widow going to work in a local tavern to support her child.

But in 1951 Elnora Baker had little education, was new to Weston, Oregon, and in need of a job. Her husband had died during World War II, and although she moved in with her sister, Baker had a seven-year-old son to think about, so she took that job.

She tried finding a church home, too, but found a couple of congregations had no interest in a bar maiden worshipping with them.
That is, of course, until she showed up at Weston United Methodist Church.

“They welcomed me with open-wide arms,” said Baker, now 94. “They were always so inviting. They never snubbed me for working in the bar.”

It was at Weston UMC that Baker found herself teaching Sunday school and found the inspiration to go back to school, finish her GED and then earn her teaching certificate.

So, you’ll have to forgive her if she’s still a little melancholy about her beloved church closing after 140 years of service to the Weston community. The remaining five members held their last worship service in the building just before Christmas.

Since arriving at Weston UMC four years ago, Rev. Tillie MakePeace has been slowly helping the congregation move toward church closure – but not without learning about the history and heart of a congregation which served the area for more than 140 years.

“It’s fascinating when you think about the life of a congregation,” she said.

The church was founded in 1877 by a local circuit rider with 11 people who started meeting in someone’s house. By 1897 the church building was constructed and then expanded in 1910 to include an upstairs area and Sunday school rooms. 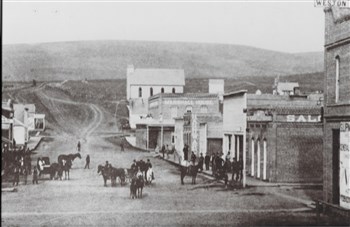 “It cost almost nothing because the congregation built it,” MakePeace said.

For years, she said the church had a choir that was always accompanied by someone playing the beautiful Hammond organ, which still sits in the sanctuary today.

“The congregation slowly melted along with the population of Weston,” MakePeace said. “Most folks living there have longtime family roots.”

The church had an active United Methodist Women’s group and every spring at Pioneer Days and every fall at the Potato Show they’d have a booth and the most requested item was always Elnora Baker’s fudge.

Baker said she’s make the biggest batches of fudge she could – about 70 pounds worth.

“I remember selling all the fudge I could make,” Baker said.

Years ago, when the population of Weston UMC dropped to the point they could share a pastor with Milton-Freewater Wesley UMC, the congregation decided to turn the old parsonage into a mission project. They have always rented the parsonage out below market value. 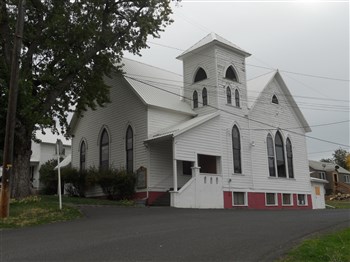 For more than 30 years, the congregation has also operated a clothes closet in the basement of the church, opening up once a week to help people dress well when they are looking for a job. The closet is still in operation even though the church no longer occupies the building.

Weston UMC was home to one of Oregon’s governors as well as at least four state senators, MakePeace said.

“This congregation has literally helped raise generations of Weston,” she said. “They never, ever gave up on ministries.”

On Dec. 23, 2017, with nine people gathered, the church celebrated 140 years of service to Weston before parting ways.

“It was a celebration, but an acknowledgement that it was time to put things to rest,” she said.

Baker said the five people left in the congregation at the end of its tenure have tried to gather, informally, in Weston a few times. But they’ve already seen one of their friends pass away and another has moved.

While she mourns the loss of her congregation which welcomed her under what others considered inauspicious circumstances – by the way, she ended up marrying that local tavern owner – more than 65 years ago, she has a lot of gratitude. She’s still driving and working part-time in a nearby school district in their records office.

“I hate to see the church close,” Baker said. “But I am a firm believer in a higher being and he’s been most generous with me.”