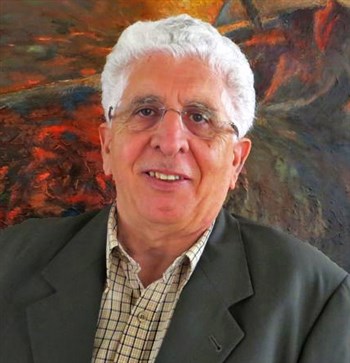 In addition to his Saturday presentation on, “How Christians Can Respond to the Palestine/Israel Conflict, Rev. Alex Awad will also be signing his most recent book, “Palestinian Memories; the Story of a Palestinian Mother and Her People” on Friday afternoon (June 15) starting at 4:45 p.m. at the Holy Land Task Force Ministry Marketplace table.

Awad, a Palestinian Christian, became a refugee when his family was evicted from the Jerusalem home that had been theirs for generations in the 1948 Nakba. He lost his Palestinian citizenship in 1967, when the Israeli government denied Palestinians who were not home at the time of the 6 Day War the right to return to their native country (Awad was studying in Europe at that time).

Eventually, Awad and his wife Brenda became missionaries with the United Methodist General Board of Global Ministries and were able to return to Palestine in that capacity. Alex worked as the Dean of Students at Bethlehem Bible College and Brenda worked as development liaison officer for the college.  Upon their retirement in 2015, they moved to Eugene, Oregon, to be close to children and grandchildren.

Awad’s story of loss, pain and renewal is not, by any means, unique in the narrative of that bit of land that three faiths call “Holy.”  Throughout his life, he has written and spoken of his story – the story of the Palestinian people.  In addition to “Palestinian Memories,” Awad has also written “Through the Eyes of the Victims” and numerous articles on the conflict and on Christians in the Holy Land, theology of the Land, Christian Zionism and interfaith dialogue.