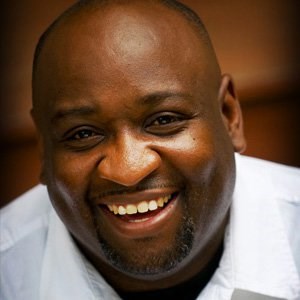 Perhaps it’s time for a revival in the United Methodist Church.

At least that’s the word that keeps popping into the brain of Leroy Barber, the new developer of congregational vitality for the Oregon-Idaho Conference of the United Methodist Church.

“I’m getting this inkling about revival,” said Barber, who started his new position this week. “You have this hope and dream and you’re inviting everyone in.”

It’s a new kind of revival path that he thinks the United Methodist Churches can head down – one of inclusivity, openness and connection.

“I have a belief that the church does have a role to play in society,” he said.

Barber has a fire in his belly for this kind of revival after spending years of his career being a leader of people who have often been living on the margins of society. He comes to the Oregon-Idaho Conference after co-founding The Voices Project with his wife, Donna, in 2010. Voices was created in 2010 to be a place for leaders of color who were working alone in white-lead, evangelical organizations.

As a fellow person of color, Barber said he’s dedicated his career to lifting up the voices of people who have been marginalized by society. The church, he believes, has a role in eliminating those societal boundaries.
Barber doesn’t come to this position through the typical United Methodist clergy appointment process.

He is a graduate of Immanuel Seminary in Atlanta, Georgia. He’s served as a program director for and pastor for various non-profits from Georgia to Philadelphia and now Portland. He helped start a non-denominational church and Christian academy during his time in Atlanta. For more than 25 years he’s worked with programs aimed at eradicating poverty, confronting homelessness, restoring local neighborhoods, healing racism and living into beloved community.

“Dr. Barber brings a unique blend of skills and experiences to the role of Congregational Developer for Vitality in the Oregon-Idaho Annual Conference and Greater NW Area,” said the Rev. Lowell Greathouse, director of mission and ministry for the Oregon-Idaho Conference. “His breadth of experiences will hopefully push, challenge, and open us up to new possibilities, while also helping us creatively reflect on how to be the church in the 21st century.”

Barber follows Rev. Steve Ross, who after five years in the position, returned to the local church in 2017 to serve as pastor of Rose City Park UMC in Portland. Barber will serve with staff from the Oregon-Idaho Conference as well as Alaska, the Pacific Northwest as a part a Greater Northwest Area Innovation Team, which will promote and support the work of innovation, multiplication, and inclusion both for new people in new places and within the life of existing United Methodist ministry settings. The focus of this position is to help resource leaders— clergy and lay— in ways that lead to health and vitality.

Barber said this new innovation team will focus on vitality, inclusion and new church start-ups – something he has plenty of experience doing.

“This tells me I get to be in a creative space – to dream about what we can be,” he said.

But before the dreams and schemes and plans for a revival get too deep, Barber said he has to sit back and listen. He’ll be meeting with district superintendents and various church leaders over the next few months to get a sense of what other dreams people have.

It may seem like a daunting task. But Barber’s smile grows wide when he talks about it. When he read the job description, he felt like this position was designed with him in mind.

“This is super exciting,” he said. “You don’t know how much joy it gives me.”