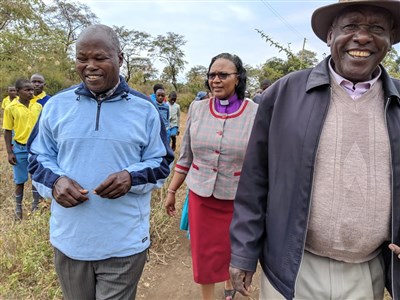 The United Methodist Church has been “on a mission” for more than 200 years and plans are underway in the Oregon-Idaho Conference to celebrate and reflect on where the church has been and where it’s headed this fall.

“It’s a very auspicious year,” said Jim Frisbie, chair of the Oregon-Idaho Global Missions Team. “I didn’t feel we could let it pass without having some sort of Conference recognition. Right now, we need something to celebrate.”

The celebrations will take place October 5 in Roseburg, October 12 in Tigard and October 26 in Boise. The programs run from 9 a.m. to 3 p.m. and registration is just $20. Lunch and childcare will be included.

Each of the celebrations will feature keynote speaker, Dr. Benjamin Hartley, professor of Christian mission at George Fox University, as well as workshops on all the ways to be engaged in current and future missions.

“I’m excited in this moment to remind ourselves of who we are as United Methodists in mission,” said Hartley.

Hartley holds a doctor of theology degree from Boston University in mission and church history, while also holding a master’s of divinity degree from the same institution. Hartley is an ordained elder in the Oregon-Idaho Conference, serving Mountain Home United Methodist Church outside of Newberg while also working as a professor.

“I like doing local history,” he said. “When you mention the word ‘missionary’ it comes under a pretty dark cloud pretty fast. But I want to offer a counter story to the negative stories.”
Frisbie said there’s a great disparity in terms of mission education. People might know about UMCOR and they might know about a special offering that happens at their church occasionally, but they don’t see mission work, at its core these days, is about social justice. 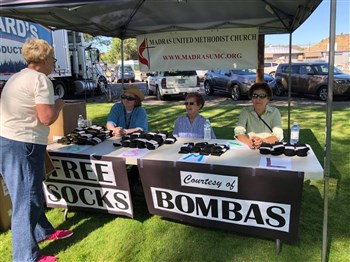 “I hope from this people have a new and more diverse understanding of what our missionary efforts have been, what needs to be moved along and how to get involved,” Frisbie said.
For more information on Oregon-Idaho mission projects and register for any of the 200-year celebrations, visit www.umoi.org/missions.

Also look for more stories featuring the different mission workshops being offered in the coming weeks.