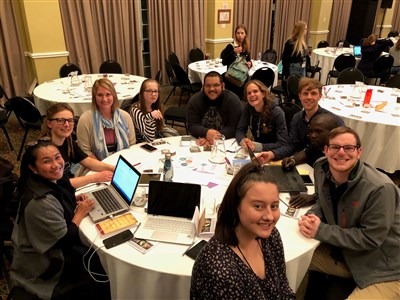 More than 10,000 miles from their homes, Global Youth Convocation participants from the Oregon-Idaho Conference said they found family and new purpose in Johannesburg, South Africa.

Wooldridge and recent Portland State University graduate Kylie Nelson represented the Oregon-Idaho Conference at the quadrennial United Methodist global youth gathering, travelling with several other delegates from the Western Jurisdiction of the UMC.

“I didn’t know what I was getting myself into,” Nelson said. “Once you’re there, it’s such a life-changing experience.”

The week-long event included worship in several different languages, along with small group gatherings to discuss proposed legislative ideas that will be forwarded on to the regularly-scheduled General Conference 2020.

“We wanted our opinions to be heard,” Nelson said.

Wooldridge said they were put into small groups with other youth leaders from places like Russia, the Philippines, Sierra Leone and more. The larger group then created legislation and statements around issues such as the Commission on a Way Forward, sexism, and a statement of unity.

“No matter our differences we’re still loved and accepted by God. We value creating a family in God’s name,” Wooldridge said was the consensus of the group. “We would talk about some things for two hours.”

To get there, the two women had to do a lot of fundraising. Nelson said her home church, Wesley UMC in Eugene, funded nearly all her trip. Wooldridge collected cans and bottles for recycling as well as receiving financial support from her church, Trinity UMC, in Eugene.
Once there, the two were inspired in various ways. Both said worshipping in another language was powerful. 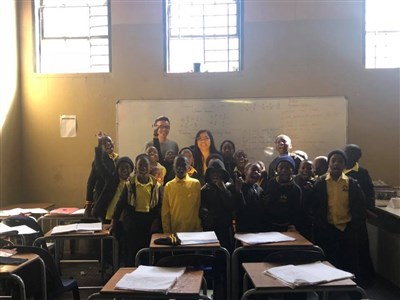 “It was a really big learning experience,” Nelson said of the trip.

Wooldridge, who will start attending Lane Community College this fall, said there was a moment during one worship service when you were invited to be anointed by someone from a different country than you who spoke a different language. She spoke with a person from the Philippines, and through a combination of English and Filipino, asked for her name, what was on her heart, then prayed with her.

“It was so beautiful and so powerful,” she said.