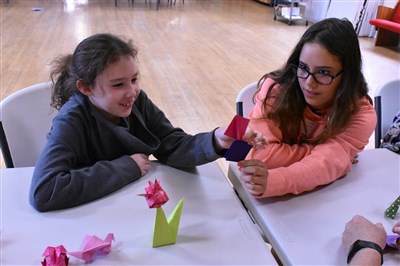 At Hillsboro First United Methodist Church they decided to do something “good” for a change with vacation bible school and youth in their community this summer.

Instead of a week-long, Bible-lead, craft and song fest, church members decided it was time to fill a void in their community and opted to create a four-week “Camp Common Good” this summer. The camp is providing much-needed no cost childcare and learning opportunities to kids in their community – along with a little singing, crafting, and some Bible learning, too.

“We had not had successful VBS for a long time,” said Rev. Clay Andrew. “We thought, ‘how are we going to connect with the community?’”

Last summer he and communications coordinator Angie Kiblinger started thinking about “what else” they could do. Kiblinger, a mother of two, had previously worked in other church summer day camp programs and knows how expensive it can be to put kids in private summer camps or even city-run summer camp programs.

“We knew there was a need in the community,” she said. “Some of these kids would otherwise be at home by themselves.”

Brainstorming began and “Camp Common Good” was born this spring with financial support from the congregation as well as a near all-volunteer staff for the month of July. The overarching theme of the four-week camp has been “we are all more alike than we are different” Kiblinger said.

Each week, the group of kids, which have ranged in age from 4 to high school, have studied something like water, the earth, diversity and self-expression. Kids have heard from guest speakers on each topic and created their own service projects each week related to the topic.

Then the congregation stepped in and a total of $2,000 was raised to provide safe drinking water for 73 people.

Each Sunday this past month, Andrew said they’ve tied the week’s lesson from Camp Common Good in with his sermons. He knows the congregation is feeling revitalized by this program. 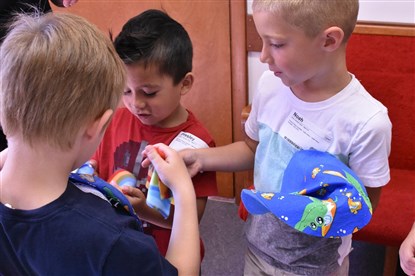 “It hasn’t changed our numbers, but it’s changed the energy,” he said. “Some of these kids, we don’t have any idea how they found us. But that’s great (that they’re here).”

This week kids are learning to express themselves through different forms of art – from singing to sewing to writing to origami.

Anela Johnson-Moody, 13, has been here for all four weeks of the camp. She’s learned about cooking, community service, science and much more.

“They give you opportunities you might not have at home,” she said. “I think it’s cool. I think the activities here are pretty fun.”