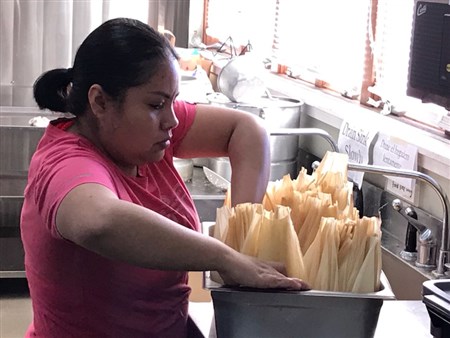 In the kitchen at Hillsboro United Methodist Church the week before the Super Bowl, things were humming along as volunteer after volunteer worked to make 3,000 tamales to be delivered to two churches in support of one mission: assisting local farmers.

The tamale fundraiser is part of the WFWA winter survival campaign. The tamale-making takes a month to pull off with all WFWA members being volunteers, according to coordinator Leecia Anderson. But everyone is involved in some aspect of making the pork, chicken and veggie creations.

“Everyone learns on the job and a wonderful camaraderie is developed in the group of a mix of ethnicities, gender, age, and socio-economic backgrounds,” said Anderson. “In five days, a team of more than 50 volunteers made 2700 tamales which supporters had donated for."

Tamales purchased by congregations such as Hillsboro UMC and Christ UMC Portland go a long way toward providing resources in the winter.

In addition to the tamales, the Winter Survival campaign is about supplemental food, blankets, heaters and winter clothing distributions and more.

“For 30 years, Western Farm Workers Association (WFWA) has been providing a way for the lowest-income workers to fight the poverty conditions they face at home and on the job. WFWA is a free and voluntary private, unincorporated membership association made up of farm workers, landscapers, childcare workers, restaurant workers and others who are the backbone of the local economy.  WFWA is volunteer-run from top to bottom and non-government funded,” Anderson said. 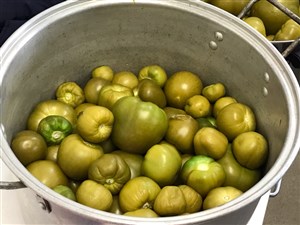 Rev. Clay Andrew of Hillsboro UMC said the tamale sale is one small part of the work the church shares year-round with the Western Farm Workers Association.

“Although it’s definitely the tastiest part,” he said. “We love being able to help raise money for WFWA’s work – that’s the part that everyone gets to be a part of.”

At Christ Church, tamale volunteer coordinator Judi Hanson said they were introduced to the WFWA by their United Methodist Women years ago, as they worked with other churches, such as Aloha UMC, to collect clothing for the WFWA. Purchasing tamales was a natural next fit.

“The appeal to the church might be that it is local.  The farms are located in our area.  This is a self-help benefit program, members helping members that includes food and clothing, medical, dental, legal assistance, job assistance and language classes,” Hanson said. We like to be part of this ministry.  In the present political climate and rising tension over immigration, this is "hands on" work that we can do.  This organization provides help to the low-income farmworker in a labor dispute or negotiation with a utility company and visits the farm labor camps to locate those in need of assistance.  We think about this every time we purchase a flat of berries from the local farm.”

The clothing, blankets and supplemental food support continues at Christ Church after the tamales are all sold and eaten. 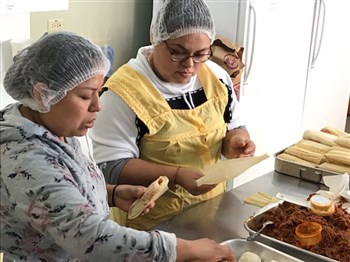 Donations for tamales go towards the expenses involved in mobilizing additional volunteers through phone calls, mailings and outreach. January, February and March are the times of year when there is the least amount of work and expenses are at their highest for heat, doctor’s visits and warmer clothing.  January is also the time of year when rent increases, according to Anderson. She said a WFWA member recently reported a rent increase of $150 a month beginning Jan 1., which adds up to an additional $1,800 in rent in 2019 alone, creating a budget stress that forces her to have to figure out how to pay for other expenses such as food when her wages are not going up.

In addition to supporting WFWA’s work in various aspects, Andrew said he loves the “serendipitous” connections that happen during tamale week in the kitchen of Hillsboro UMC.

“HUMC members, and other folks who come through our building while the tamales are being made get to meet the WFWA folks, and usually get offered some amazing food,” he said. “It’s a place where, in the middle of some intensive work, hospitality is offered, and connections are made. It feels like a small glimpse of the Kingdom.”