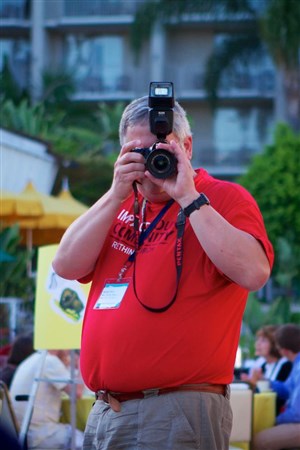 After 11 years as Director of Communications for the Oregon-Idaho United Methodist Conference, Greg Nelson has announced his intention to retire July 11.

Nelson came to this post with the Conference after having spent 25 years serving with Chemeketa Community College and the Chemeketa Cooperative Regional Library System.

But he has dedicated his life to serving the Oregon-Idaho Conference as a volunteer, then a staff member, in numerous capacities.

“It was a chance to connect what I was passionate about with work,” Nelson said of his decision to come work for the Conference – then under the leadership of Bishop Robert Hoshibata – in 2008.

“Greg has been a champion for Oregon-Idaho’s relationship with the Methodist Church of Kenya, and for LGBTQ+ inclusion in the Church,” she said. “He’s also the guy who finds solutions to technical problems most of us don’t have words to describe.  Best wishes as you and Karen enter a new chapter of your lives. “

It was only natural, then, that he met his wife, retired Rev. Karen Nelson while staffing Camp Magruder in their early 20s. They were married in 1981 and have both been involved in local conference and General Conference justice, communications, and volunteers in mission, while also serving local churches in Salem and other areas and raising their now-adult daughter Gretchen.

For years Nelson leant his talent in audio-visual communications to the Conference.  Since at least 1999 he has coordinated all of the audio-visual equipment and supplies for Annual Conference gatherings – first as a volunteer, before becoming a paid staff member charged with those details.

Nelson holds a degree in management and communications from Corban College, after beginning his studies at Michigan State University.
“I always thought I’d retire from public service so I could do more church work – volunteering,” he said. “Then this opportunity came along, and I stepped up.”

Highlights of his time in this position include helping with hosting for General Conference 2016 in Portland and working on the “Time to Grow” capital campaign video series for Camp & Retreat Ministries. The Imagine No Malaria campaign was a program special to him as are all of the connections he’s made across the global church.

“Greg has not only been the Director of Communications in Oregon-Idaho, helping us create platforms to express our voice as an annual conference,  but Greg has also been an important voice himself, sharing his gifts and graces in Oregon-Idaho and beyond,” said Rev. Lowell Greathouse, coordinator of mission and ministry for the Oregon-Idaho Conference. “His commitment to the mission and ministry of the United Methodist Church has been significant, and I hope that he and Karen will find new ways to continue their contributions to the church in the years ahead.”

Nelson served on the United Methodist Communications board of directors for eight years, he’s been on two United Methodist Volunteers in Mission trips to Kenya (and is planning his third this summer), he’s worked with the Western Jurisdiction communications team, participated as a leader with the Methodist Federation for Social Action, served on the Conference Leadership Team (now the Mission Leadership Team) and helped host the Love Your Neighbor global gathering in Portland last summer.

He’s taken thousands of photos and completed countless video projects for both the Conference and Western Jurisdiction. In fact, it was hard to find a photo of him in action for this story, because he’s normally the person behind the camera.

“I’ve really enjoyed having the ability to work with great communicators throughout the church,” Nelson said.

Don’t expect Nelson’s expertise to fade away on July 12, either. He and Karen will remain committed to volunteering in their local church and working with justice ministries as well. In fact, six days after retiring, they will leave for their third Volunteer in Mission trip to Kenya.