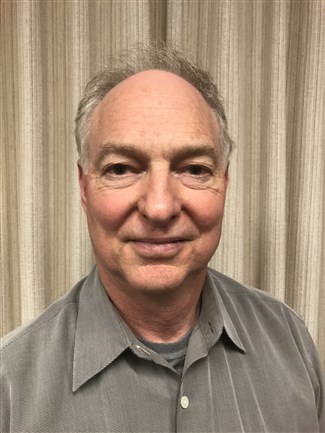 When the Oregon-Idaho Conference decided to become involved in the Abundant Health initiative of the General Board of Global Ministries of the United Methodist Church, Rev. Marshall Wattman-Turner was eager to get involved.

On July 1, he began his job as the Conference’s Abundant Health Coordinator and will be working part-time to focus on improved spiritual, mental, physical and emotional health throughout the Conference.

“It represents a confluence of my call to ministry and my experiences over the last 40 years,” Wattman-Turner said of this position. “The last several years I’ve been exploring the call to serve at the intersection of faith and health care.”

Abundant Health is an initiative of GBGM, working to bring better health to people in every place. The four focus areas are: active living, healthy eating/nutrition, mental health and drug and tobacco prevention. Wattman-Turner will be working with Conference, district and local church leaders to outline and enhance abundant health efforts through this grant-funded position which runs through December 2019.

Rev. Lowell Greathouse, coordinator of mission and ministry for the Oregon-Idaho Conference, said he’s pleased to have Wattman-Turner on board to help with these efforts.

“Having someone who has worked with and received training in pastoral care concerns, while also knowing what life looks like within a local church setting, will help us expand our capability to work on abundant health concerns as they relate to body, mind, and spirit,” he said. “We have much to learn from each other regarding what abundant health can mean in our lives.”

Wattman-Turner holds a bachelor’s degree in social sciences from Whitworth University. During his time in college he because involved with global peace, health, justice and hunger issues, which propelled him and his wife to spend three-and-a-half years living and working in Brazil as community organizers.

He attended seminary at the Pacific School of Religion and focused on global health and justice issues while earning his master’s of divinity degree. He spent 20 years serving as a United Methodist pastor in various local churches across the Oregon-Idaho Conference.

But Wattman-Turner noticed, in addition to everything else local congregations must address, spiritual, mental and physical health was usually not a top priority.

It’s part of the reason in 2008 he turned his attention toward chaplaincy, specifically serving as a resident chaplain at hospitals and hospice facilities around Portland, while also serving part-time as a local pastor. He’s served half-time the last two years at Beaverton First UMC and will continue on a more part-time basis in the next year.

But now he wants to be what he calls a chaplain in the world – outside of the traditional institutions in which that work is done.

“This position seems like a wonderful opportunity to live into this vocation – to promote holistic well-being among UM clergy, congregations and the communities they serve,” Wattman-Turner said.

Wattman-Turner said many churches in the Oregon-Idaho Conference are already participating in Abundant Health efforts – everything from food pantries to housing drug abuse prevention support groups. But the goal here is to get churches more organized and focused.

“My immediate goals are to do a lot of listening, help prioritize these issues for local churches and to begin building a relational network and discover opportunities for collaboration,” he said.