Recently two new faces joined the team for the Oregon-Idaho Conference to serve as administrative assistants for the Crater Lake and Columbia Districts.

Both come into these new positions with vast experience in administration, event planning, social media management and more.

“When I moved I wanted to think seriously about work that would not only pay the bills, but inspire me,” Ross said.

“I’m excited to work for an organization that has vision,” Konowitz said. 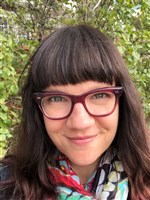 Ross grew up in Broken Arrow, Okla., and worked in bookstore management and telecommunications support in various communities before spending the last six years working in executive support roles with the University of Missouri in St. Louis. It was there that she started attending The Gathering, a United Methodist Church, and felt inspired recently to make a big change.

She took off for six months; traveling around the country visiting family and friends in places like Washington D.C., Detroit and Denver, with the idea Portland would be her end destination.

She travelled 7,000 miles and visited 17 states, but is grateful to have found a job working to support the church.

“I think the first job search I did was ‘Methodist jobs’ and ‘Portland,’” she said. 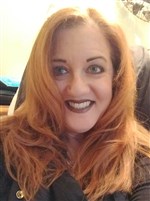 Prior to starting with the Crater Lake District, Konowitz spent time working in office management, event training, marketing and social media management for architectural, then social services businesses in Eugene.

This new position allows her the flexibility to continue teaching Hebrew and other classes at her local synagogue. Konowitz said she enjoyed the people she met in her interview and is excited to get to know the many congregations she will serve. She replaces Kay Burdick, who retired at the end of December.

“I have to fill the gigantic shoes left by Kay,” she said.