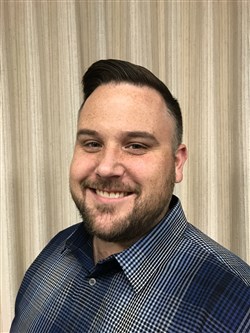 Joshua Alexander started this week as the Conference’s new human resources and benefits specialist after 15 years spent working in the non-profit and faith-based organizations.

“I’m excited to be working somewhere that is heavily focused on community and has a purpose and wants to help others,” he said.

The 36-year-old holds degrees in biblical studies and communications. Raised in Eastern and Central Oregon, Alexander moved to Portland in 2003. He started working for the non-profit Because People Matter (formerly known as Bridgetown) and was one of the original directors of Portland’s Nightstrike program, which 15 years later, continues to host weekly outreach programs with the homeless downtown.

He also worked for the faith-based organization called Teen Challenge and spent time working in the private sector for a small dispatching company, which is where his experience in human resources began.

“I’m excited to meet all the different clergy within the region and to travel a bit and be more exposed to the United Methodist Church,” he said.

Alexander and his wife have three young children. When he’s not working he enjoys watching college football, cooking and spending time with his family.